ATLANTA, Ga. (FOX 5) -- When it comes to social distancing, most Georgians are in the back of the class.

Georgia has received an "F" grade in social distancing, according to extrapolated cell phone data recorded by Unacast.

At the beginning of April, Georgia had a 40 to 55 percent reduction in average mobility based on distance traveled. As of May 5, data shows Georgian's have only decreased their travel by less than 25 percent.

The top-performing counties are Baker and Hancock counties with a "B-" grade. Those counties continue to decrease travel by 25 to 40 percent on average. They also show a greater than 94 percent decrease in "encounters density" compared to the national baseline. 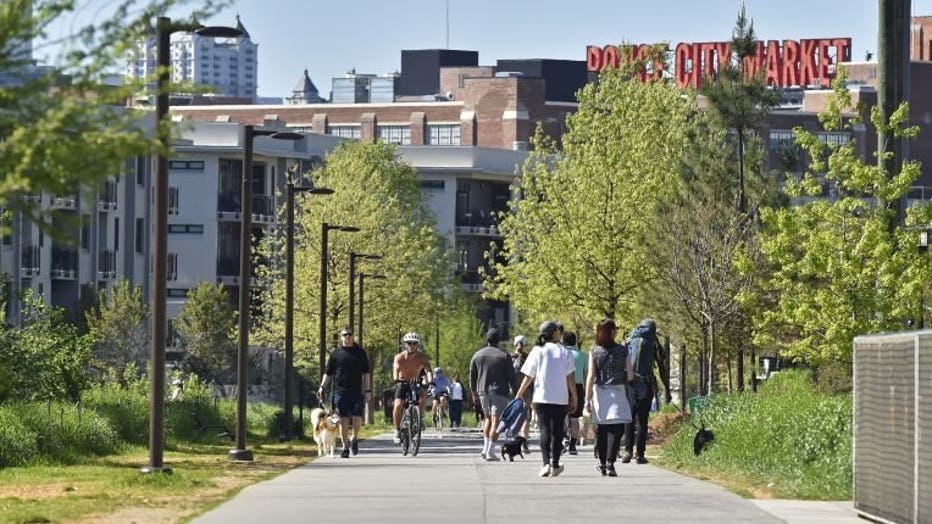 "Encounters density" looks at the proximity between any two users within 50 meters over an hour period, according to Unacast's methodology.

Nationwide, Washington, D.C. is the top-performing state with a “C” grade. Residents there have decreased travel between 40 and 55 percent.

To collect the data, Unacast says it used tens of millions of anonymous cell phone records and their interactions with each other in order to ensure user privacy.