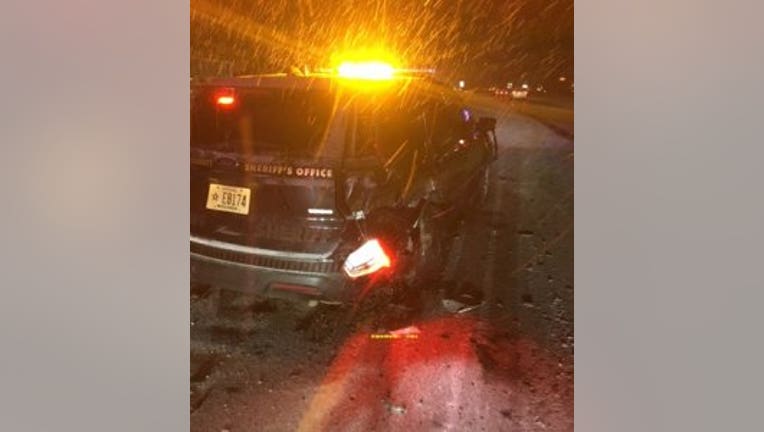 The incident happened around 5:15 a.m. when the deputy was assisting a Wisconsin State Patrol Trooper with a crash on southbound I-41 at Johnson Street. As noted in a Facebook post, "There was plenty of visibility for drivers to see the emergency lights, plenty of room on the interstate to safely pass the scene, and plenty of time to slow down, yet a driver still lost control and crashed into the squad."

Remarkably, nobody was hurt in this incident -- but the deputy's squad was heavily damaged.

Officials want motorists to drive past emergency vehicles "like they're your loved ones working out there on the highway!"