Lucky the dog rescued from Iraq, brought to Wisconsin

Lucky the dog rescued from Iraq, brought to Wisconsin 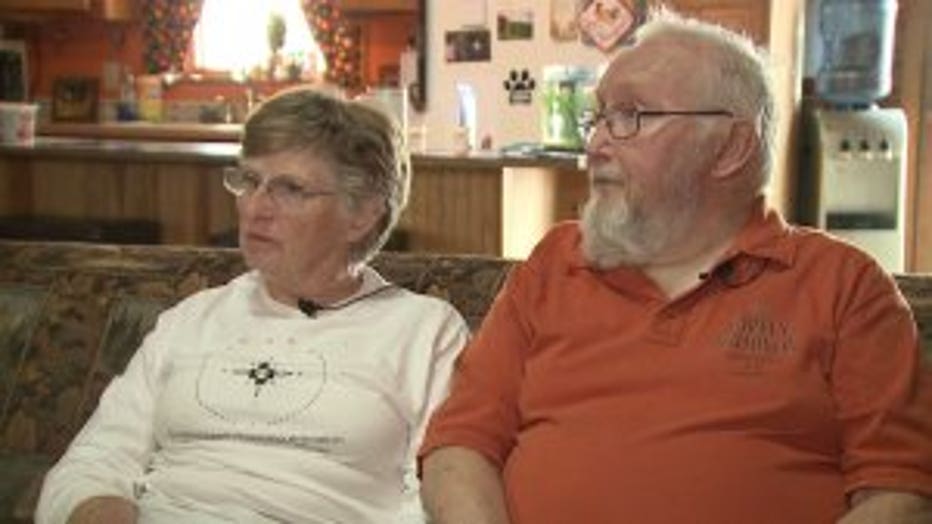 KEWASKUM -- It only took a few seconds of video of a dog in Iraq to tug at heartstrings in Kewaskum. Everyone who has come into contact with the special dog has come away feeling lucky.

From close up, you'd think the shepherd mix was just a normal, sleepy 10-month-old dog, but Liz and Frank Rohde know better.

"What she went through, and to be so loving..." said Liz Rohde.

The dog's story begins on the streets of Iraq. The video first caught the attention of Helen Summerfield-Brown. 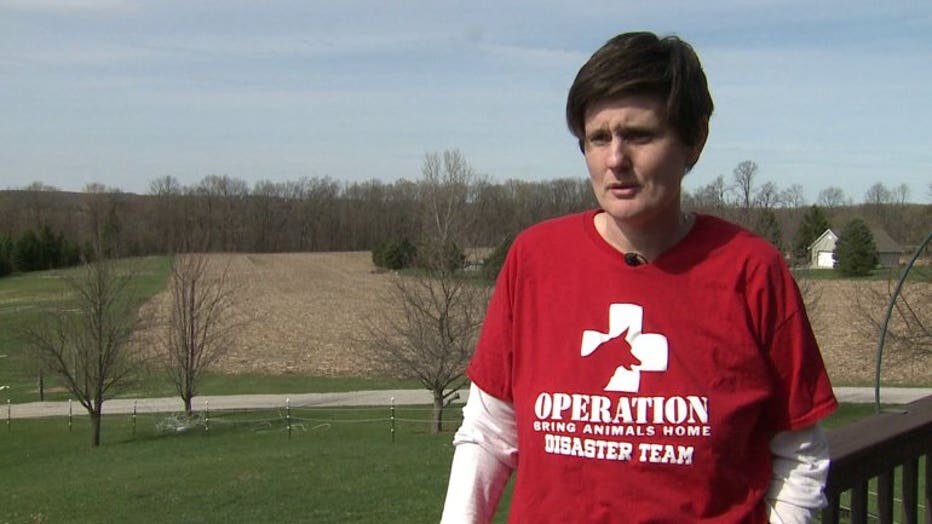 "I cried all day. I could not stop thinking about it," said Summerfield-Brown.

She works with "Operation Bring Animals Home." A friend who does animal rescues in Iraq recorded the video in March, showing the dog's struggle to survive. 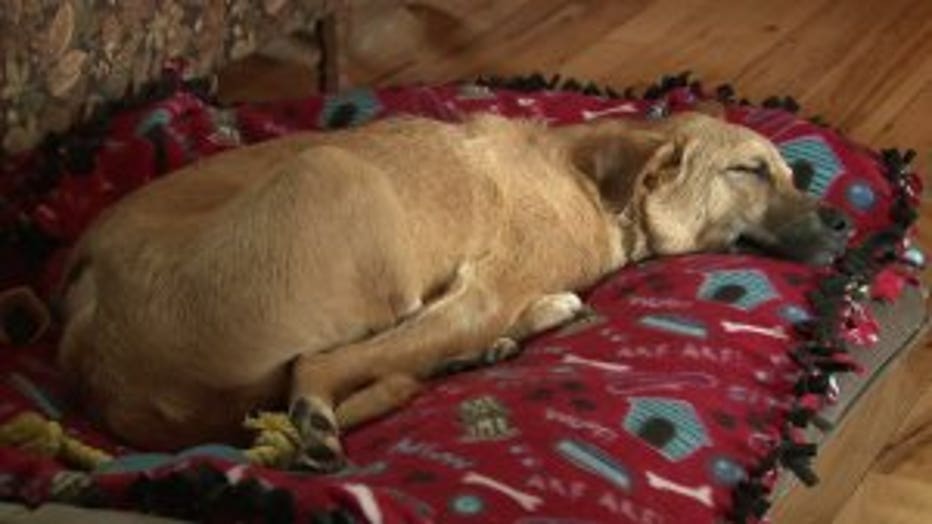 In a matter of days, Summerfield-Brown mobilized her group, and countless donors had the dog flown to Wisconsin, where she got a name, and, for the first time, love.

"She just got the name Lucky because I guess she was lucky that she was headed to the United States," said Summerfield-Brown.

"We had to do something," said Frank Rohde.

The Rohde family is fostering Lucky, letting her live with them on their farm in Kewaskum. On Saturday, April 27, Lucky had her bad leg amputated at Lakeshore Vet in Glendale. She can still use the other leg to prop herself up. 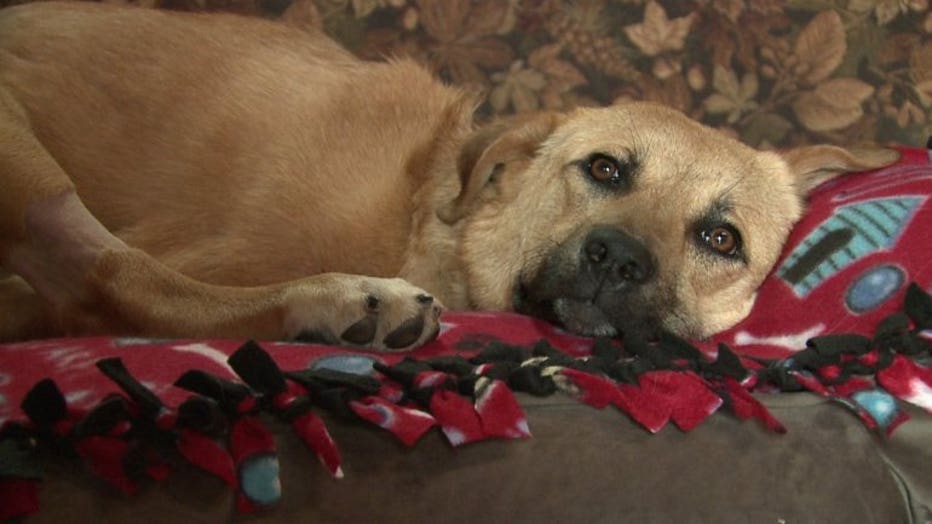 "She just kind of bops. Bops herself up and then down and then scoots. Bops, scoots, bops, scoots," said Liz Rohde.

A custom, wheeled harness is next -- to allow her to really move. 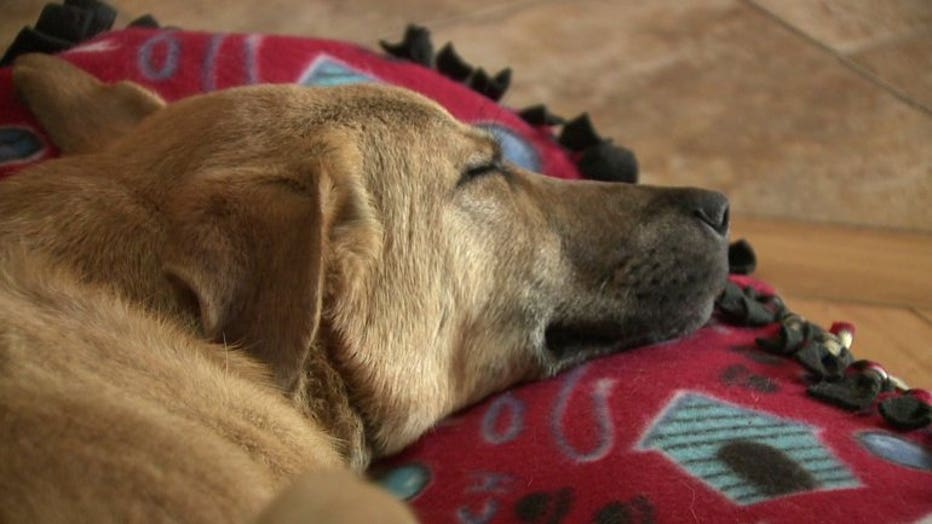 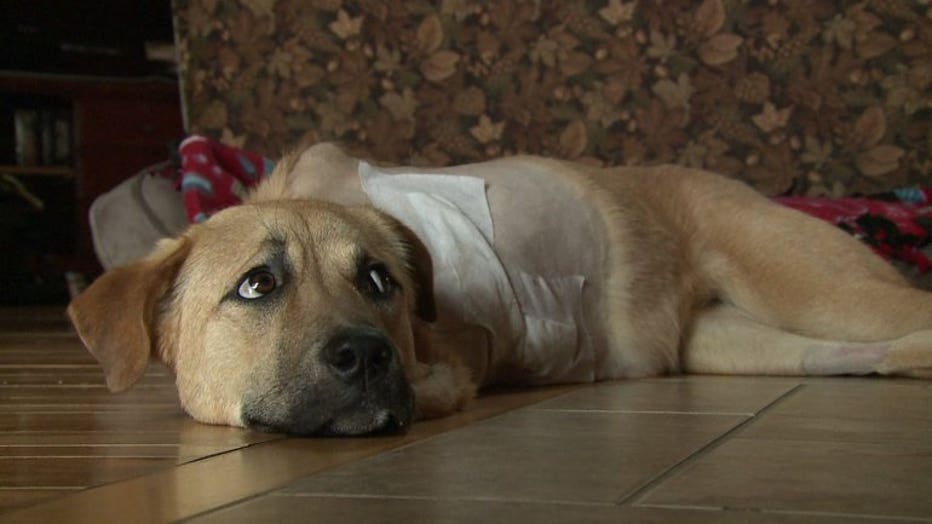 The joy of helping this animal has made everyone who comes into contact with her feel pretty lucky.

"She doesn't miss a beat. She just takes each day as it comes. She overcomes any challenge you throw at her. I wish we could all be like that," said Summerfield-Brown. 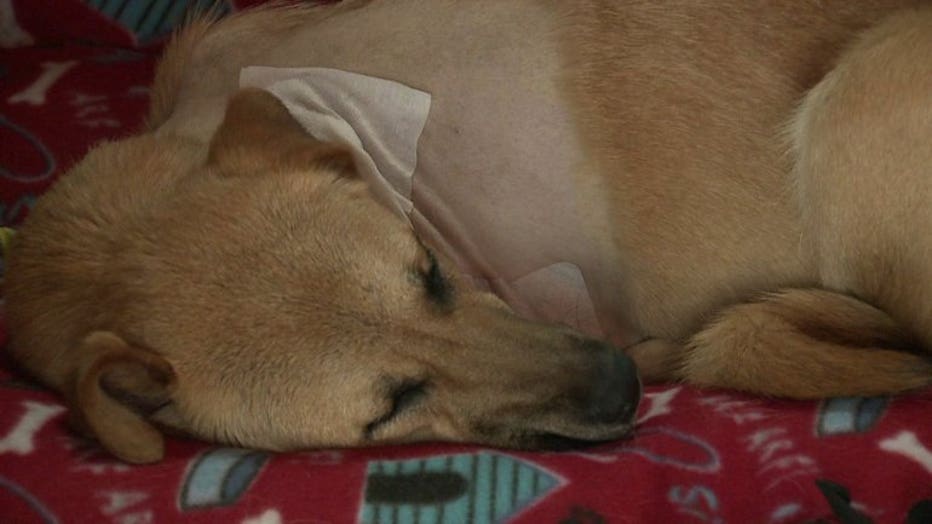