MADISON -- Wisconsin voters have decided they want to keep the state treasurer position, even though its duties have been all but eliminated.

Voters on Tuesday, April 3 rejected a constitutional amendment to eliminate the position that has been around since before Wisconsin was a state.

The Legislature has shrunk duties of the treasurer in recent years, increasing the pressure to do away with the office altogether.

Proponents of eliminating the office say it's worth it to save taxpayers the $70,000 salary for the position and the $227,000 biannual cost of running the office.

But opponents say the position should be retained and strengthened to be a financial watchdog.

The vote means the next treasurer will be elected to a four-year term in November.

Lawmakers have already voted twice to eliminate the 170-year-old office.

Ahead of the election, the current treasurer said his job is a waste of money and had an ally in Gov. Scott Walker, but Democrats and a former treasurer said voters should maintain the office.

Both Republicans and Democrats have targeted the treasurer's office over the years. Six times since the mid-1990s, lawmakers have cut the office's power, according to an analysis by the nonpartisan Legislative Reference Bureau. 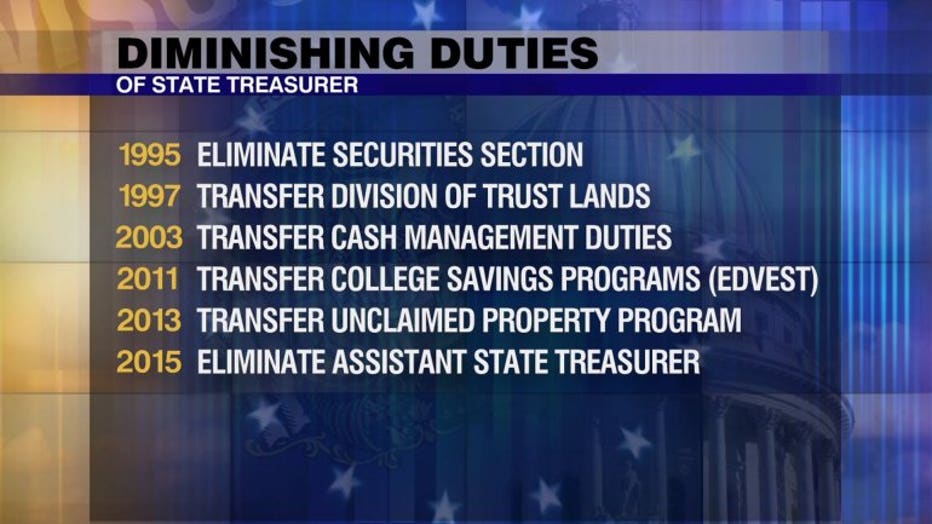 The current treasurer, Republican Matt Adamczyk, campaigned to get rid of his office, where he is the only employee. 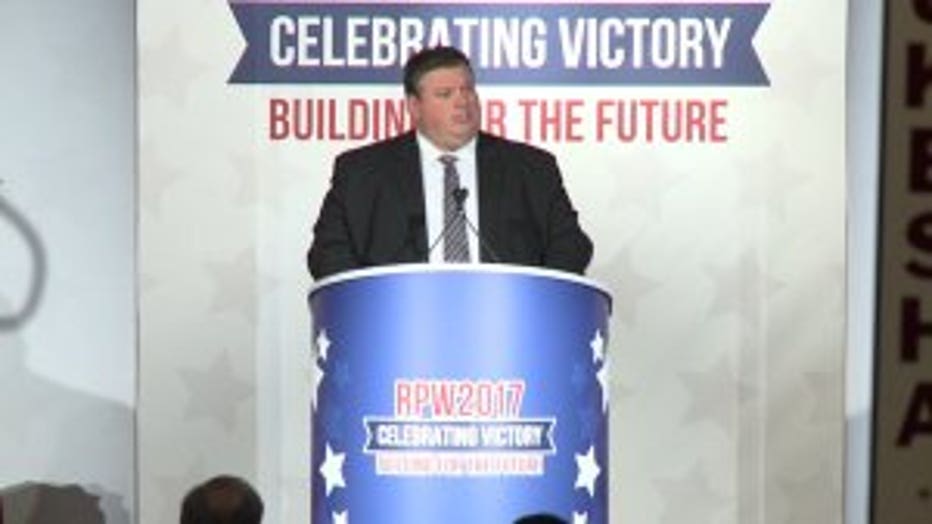 Adamczyk said a treasurer could spend an hour or two a week at work and still make a $70,000 taxpayer-funded salary. He is not running for re-election and is instead campaigning for a seat in the state Assembly. 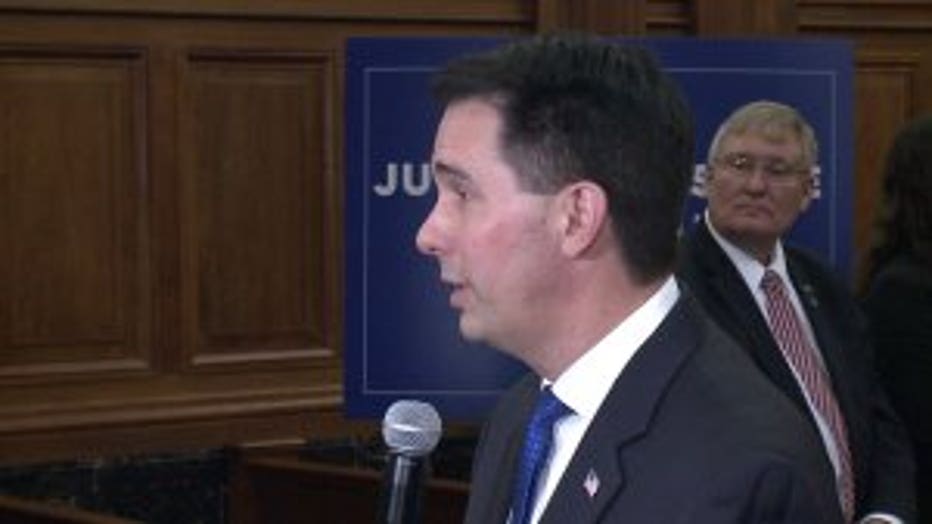 Walker agreed the job should go.

"Republicans and Democrats have said for years it was an obsolete position. I'm gonna vote yes on eliminating it," Walker said.

But Democrats and a former Republican treasurer, Jack Voight, campaigned to save the office. Voight's group spent $80,000 on TV ads, including in Milwaukee. He said the treasurer's old powers should be restored. 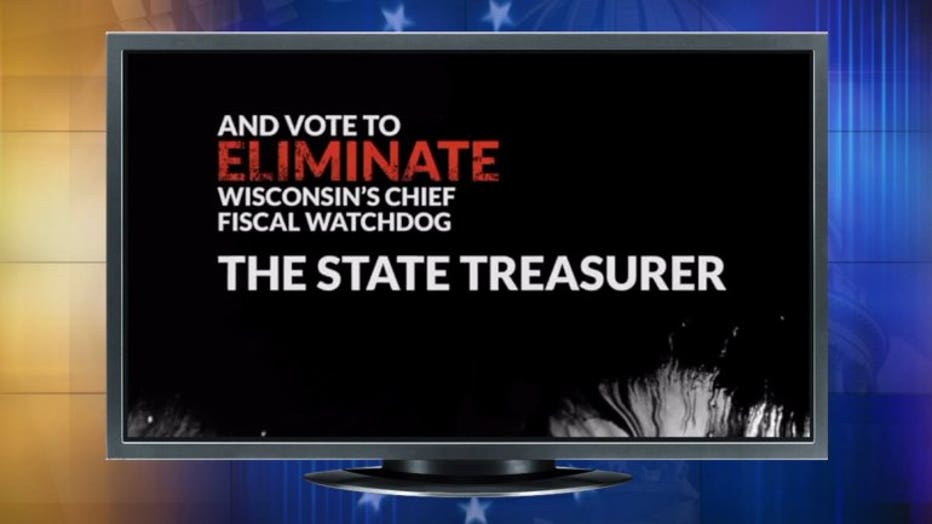 "No governor, not politician, or any political party should be above our state constitution. Our founding fathers, if this passes, I think they'd be rolling in their graves," said Voight. 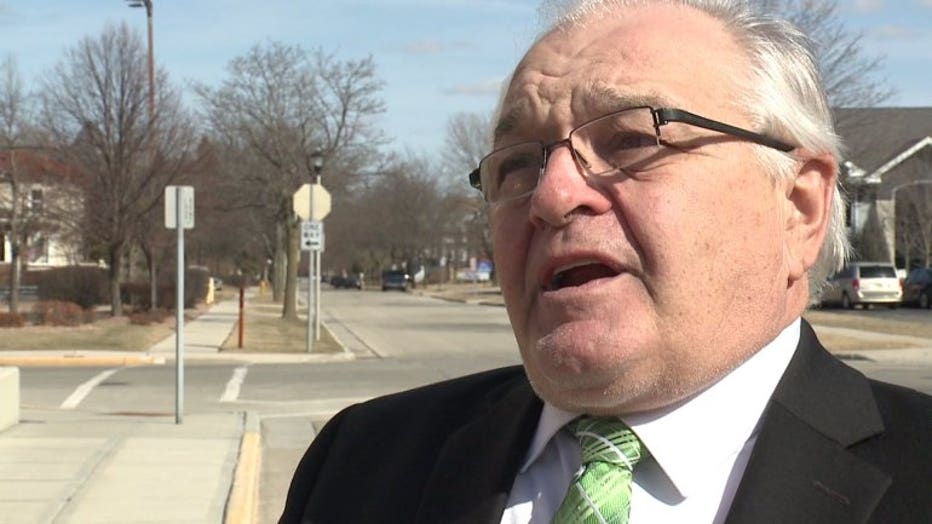 If it would've passed, the lieutenant governor would have taken the treasurer's position on the Board of Commissioners of Public Lands, which awards state loans to public agencies like school districts for building improvements.

Five other states, including Minnesota, have gotten rid of their treasurer's offices.