WAUKESHA (WITI) -- HAWS, the Humane Animal Welfare Society in Waukesha County is dealing with a kind of creature they haven't ever seen in their 40+ years in operation: a Chinese Golden Scorpion!

HAWS Director Mark Hess tells FOX6 News the scorpion was found this week by a mason building a fireplace in Pewaukee. The scorpion was apparently inside a sealed box of stone imported from China.

Hess says the mason initially believed the scorpion was dead, but it wasn't!

The scorpion is small -- about the size of a Gatorade cap. 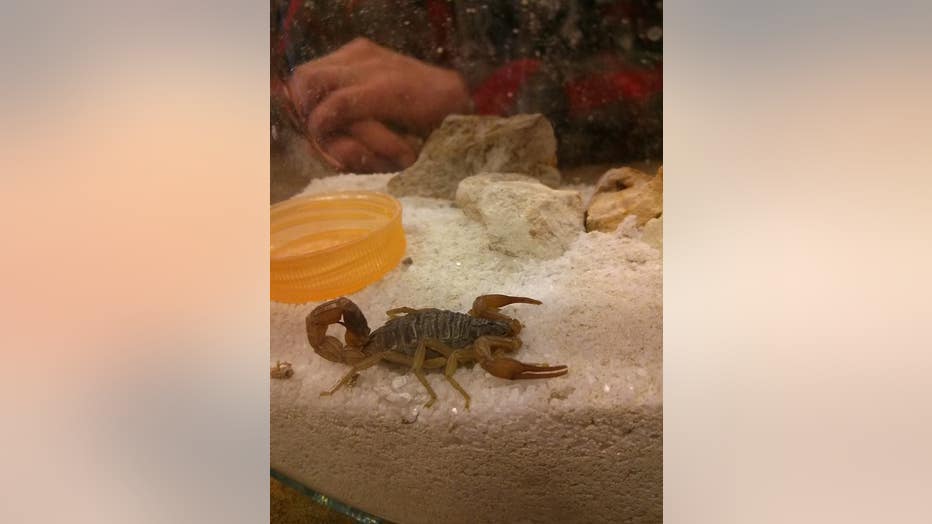 Hess says the scorpion arrived at HAWS on Christmas Eve -- Wednesday, December 24th. The scorpion will not be made available for adoption. Instead, HAWS is working with a man who is retired from the San Diego Zoo to find a home for the scorpion. We're told that home will likely be some sort of wildlife facility that handles these types of animals.

Hess says the scorpion does have venom, but it is only deadly in rare cases (i.e. people with certain medical conditions). Hess says if someone were to be bitten by this scorpion, it would likely just be uncomfortable.

Hess tells FOX6 News the scorpion eats a cricket a week -- and it has reportedly already received its "Christmas cricket."