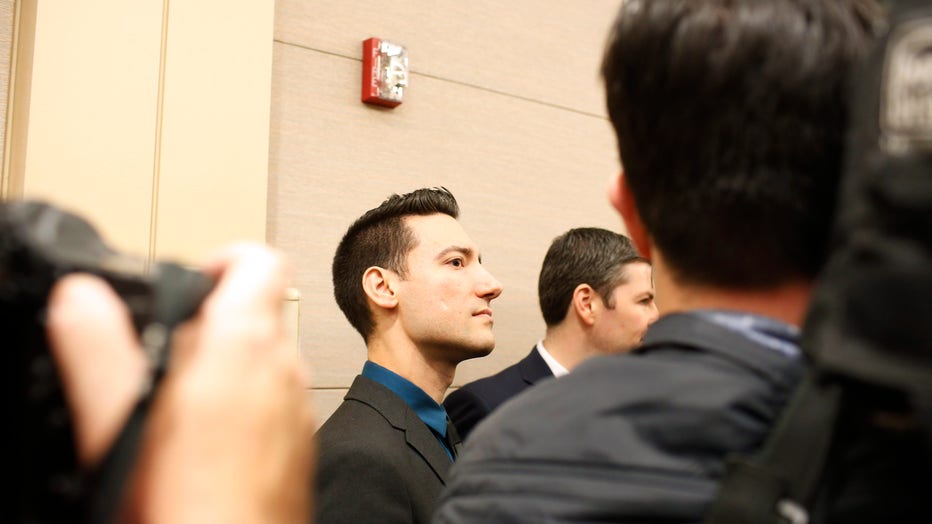 David Daleiden, accused of recording Planned Parenthood officials without their consent, arrives in court on Feb. 4, 2016 in Houston, where he faced an indictment on a misdemeanor count of purchasing human organs. (Eric Kayne/Getty Images)

Prosecutors in California issued arrest warrants on Tuesday for the two anti-abortion activists who secretly taped and later published conversations with more than a dozen Planned Parenthood health care providers.

The duo then violated the providers’ privacy by filming private conversations without their consent, prosecutors alleged in their complaint.

“The right to privacy is a cornerstone of California’s Constitution, and a right that is foundational in a free democratic society,” the attorney general added in his Tuesday statement. “We will not tolerate the criminal recording of confidential conversations.”

Daleiden and Merritt recorded and published footage in 2015 — which critics insist is heavily edited — that depict the image that Planned Parenthood officials were harvesting and illegally selling fetal tissue. The reproductive health organization, however, maintained that it did not profit from the fetal tissue that it donated to medical researchers. Instead, it said, any money exchanged was a reimbursement for its costs. It sued the Center for Medical Progress, the anti-abortion group founded by Daleiden for which he and Merritt produced the videos, in January 2016 for its alleged lies.

Under pressure, Planned Parenthood announced in October 2015 that it would no longer accept reimbursements for fetal tissue donation.

Though disputed, the release of the videos has become a political hotpoint for conservatives. A November 2015 mass shooting by a self-professed “warrior for the babies” at a Planned Parenthood clinic in Colorado, for instance, was allegedly influenced by the tapes. Three were killed in the incident, and nine injured.

The videos were also cited by then-candidate Carly Fiorina — inaccurately – during one of the 2015’s Republican presidential debates. The videos — one of which allegedly featured an aborted fetus kicking and moving, but which experts suggested was actually video of a woman having a miscarriage — prompted congressional investigations. House Republicans also established a special committee tasked with investigating abortion providers.

Planned Parenthood called the claims part of a “political agenda” to make abortion illegal. Congressional Democrats agreed, calling the probes “inappropriate,” “highly invasive,” and “completely unjustified” in an October 2015 letter, and cited that congressional investigations of Planned Parenthood have proved the organization had not broken any laws.

Two-party, all-party, and one party consent

Daleiden and the Center for Medical Progress have promised to release more videos, CNN reported Wednesday, but if any of the new footage is of conversations recorded by undercover operatives in California, their “yet-unreleased videotapes” will land them in more legal trouble.

California is a “two-party” or “all-party” consent state, meaning both parties in a conversation — or all sides, if the conversation involves more than two parties — must know they are being recorded. Without this consent, a recording could be considered illegally obtained, and the party recording could be hit with felony charges.

Besides California, 10 states require the consent of everyone involved before a recording is made: Florida, Illinois, Maryland, Massachusetts, Michigan, Montana, Nevada, New Hampshire, Pennsylvania, and Washington.

Regardless of state law, the Digital Media Law Project says it’s “almost always” illegal to record a phone call or conversation to which one is not a party, or if one has not received consent from at least one person involved. It’s also illegal to record calls and conversations one could not naturally overhear, and to bug a home, office, or other place to covertly record without consent.