MILWAUKEE -- The Milwaukee Brewers signed right-handed pitcher Chase Anderson to a two-year contract through the 2019 season -- with club options for 2020 and 2021. 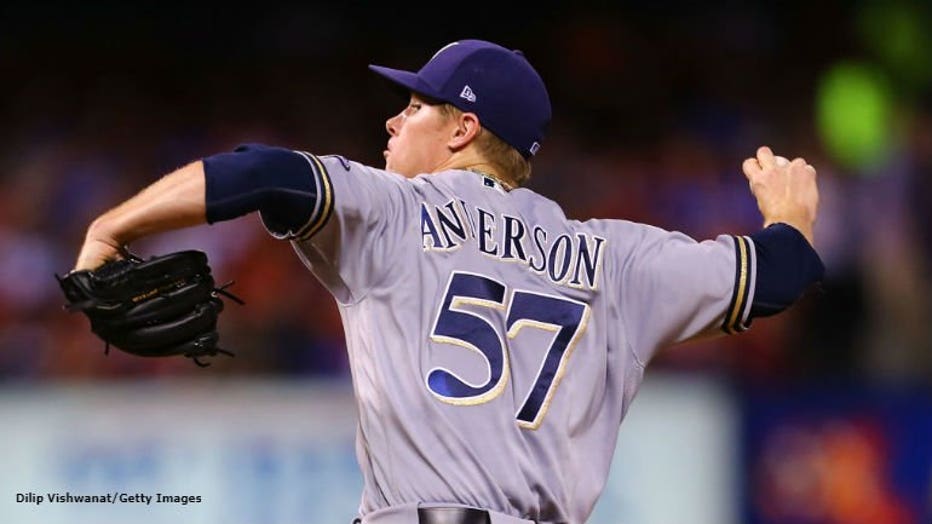 A news release issued by the Brewers on Thursday morning, October 26th says:

“Signing Chase to a multi-year contract furthers our strategy to acquire, develop and retain talent throughout our organization,” said Stearns. “Chase’s 2017 performance elevated his stature in the game and demonstrated that he has the capability to lead a rotation. Since he arrived in Milwaukee, Chase has been a model contributor to our community both on and off the field. We are happy for him and his family and look forward to Chase’s contributions for years to come.”