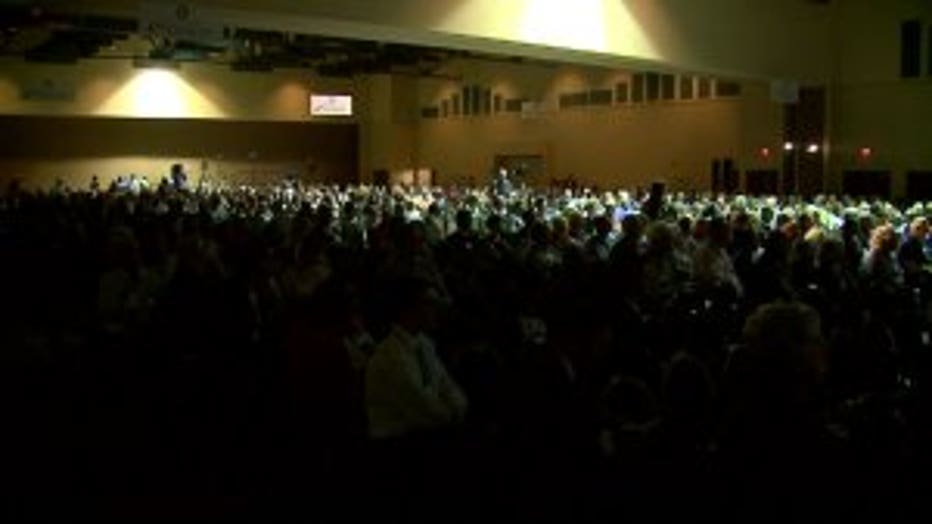 MIDDLETON, Wis.  — Wisconsin Democrats had hoped to be celebrating victories at their annual state convention. Instead, they're doing some soul-searching Friday, June 2nd.

The convention, happening in Middleton, is in the same building where Russ Feingold conceded the Senate race last year. Now, Democrats are trying to figure out how to turn anger at Governor Scott Walker and President Donald Trump into election wins.

The state party chairwoman, who is trying to hang onto her job, told the crowd that 2016 "really hurt." 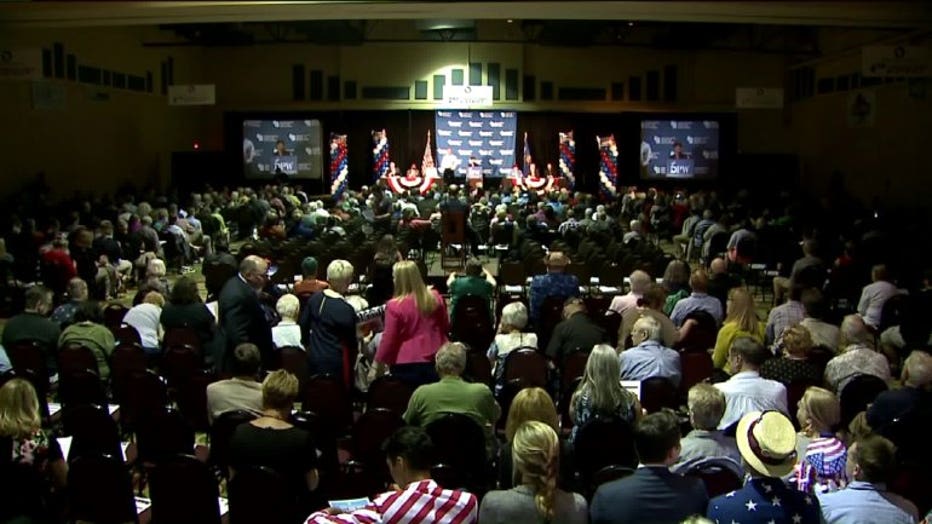 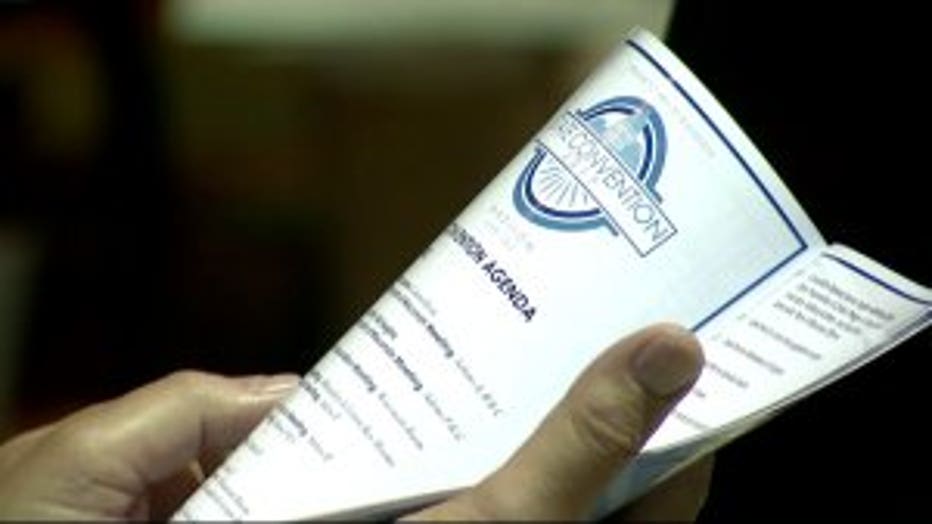 She's now promising a "new chapter" for Wisconsin Democrats. The party has hired its organizers for next year's election earlier than before and is busy recruiting candidates.

But will any of it work? 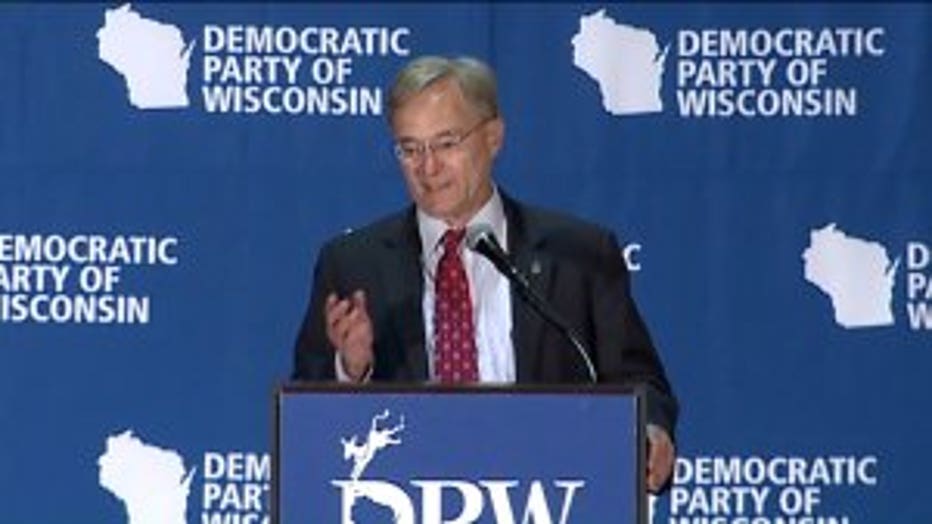 "Was a gut check. In fact, the worst gut check in my life, not only because of the abysmal results, but because of the shock of it all," said Senate Minority Leader Peter Barca.

Republicans are calling the convention "Democrats in disarray." They even had a billboard up on the Madison Beltline.

Wisconsin Democrats have not settled on a candidate to run for governor next year. The party did not allow any of half dozen or so potential candidates to speak Friday. A spokesman said there wasn't enough time.

However, two 2018 candidates for Wisconsin Supreme Court -- technically a nonpartisan office -- did speak.

Los Angeles Mayor Eric Garcetti says he came to Wisconsin to send a message that Democrats must fight everywhere, not just where they live.

Garcetti spoke Friday at the Wisconsin Democratic Party convention outside of the state capital in Madison. He is considered a rising star in the party.

Garcetti says, "Democrats across America need to remember we cannot win without Wisconsin."

Hillary Clinton did not campaign in Wisconsin and lost the state. President Donald Trump was the first Republican presidential candidate to win Wisconsin since 1984.

He says that while Democrats are feeling pessimistic after 2016's losses, they are motivated for 2018.

U.S. Rep. Mark Pocan says he's not worried about Democrats not having a top-tier candidate for governor yet, saying getting in the race now would make it a "17-month death march."

He promised Democrats at their state convention Friday that they will take back the governor's office next year and flip the U.S. House.

Pocan says, "I am so excited about our prospects in 2018 I can barely contain it. He says there is "great enthusiasm" for "turning our nation and state around."

He says Democrats have to start working now, laying out their agenda and empowering people to ensure it's a "movement and not a moment."

Kind used his speech at the state Democratic Party convention on Friday to rail against Trump.

Kind says Trump has attacked the independence of the judiciary, free press, the check and balance role of Congress and credibility of intelligence agencies.

Kind says everyone's anger over Trump won't matter "unless we start winning elections again." He says that Trump and Gov. Scott Walker's agendas must be "resisted and defeated."

Kind considered running against Walker but has announced he won't get in the race.

Potential Democratic candidates for governor are working the crowd at the state party convention.

But none of them are getting speaking slots at the convention that kicked off Friday night and concludes Saturday. Neither is announced Democratic Attorney General candidate Josh Kaul.

But two candidates for the nonpartisan Wisconsin Supreme Court race did speak to Democratic delegates.

Democratic Party spokesman Brandon Weathersby says they were asked to speak because that election is in April. He says candidates for governor and attorney general will be able to speak at the 2018 Democratic convention next June, which comes five months before the fall election.

Most of the speakers at the convention are current Democratic office holders.

He says, "That's why your energy this past few months has been so inspiring and so important."

Barca says the beginning of the Democratic comeback was the women's march on Washington in January that also saw large marches in Wisconsin and across the country.

Burns spoke Friday at the Wisconsin Democratic Party convention. He is a longtime Democratic donor and Madison attorney.

Burns calls Republican President Donald Trump a "demagogue" and says that conservative judges "have been chipping away at the laws that protect our democracy and our middle class economy."

He says courts must be impartial to ensure everyone gets a fair shot, but special interest money in elections have damaged fair and impartial courts.

Both he and Milwaukee County Circuit Judge Rebecca Dallet have announced they are running for the Supreme Court next year. They are seeking the seat currently held by conservative Justice Michael Gableman.

But she told Democrats at their state convention Friday that the answer is not electing a partisan candidate "from the other side."

She says, "If we fall into the trap of politicizing the third branch, we turn our back on our true progressive history."

Dallet says Wisconsin needs independent judges who follow the law and decide every case based on the law.

Dallet has been a Milwaukee County circuit court judge since 2008. Longtime Democratic donor and Madison attorney Tim Burns is also running and was also to speak at the convention.

They are seeking the seat currently held by conservative Justice Michael Gableman. The race is officially nonpartisan.

Wisconsin Democratic Party Chairwoman Martha Laning says it is "time to turn on the off year."

Laning kicked off the state party convention Friday night telling hundreds of fellow Democrats that Republicans have spent the past six years "spewing out hate, political attacks and more."

Democrats are trying to recover from a disastrous 2016 election. Laning faces three challengers to her leadership post. Delegates are voting on Saturday.

Los Angeles Mayor Eric Garcetti and U.S. Sen. Tammy Duckworth from Illinois are among the speakers at the Wisconsin Democratic Party convention.

Wisconsin Sen. Tammy Baldwin and a host of other state office holders were also to speak to delegates. The convention comes as Wisconsin Democrats are trying to recover from a disastrous 2016 election that saw President Donald Trump become the first Republican presidential candidate to win the state since 1984.

Democrats say they are energized by newly political active voters who are opposed to Trump and the GOP agenda.