MILWAUKEE -- After a four-alarm fire on May 15 gutted the historic Trinity Evangelical Lutheran Church in downtown Milwaukee, church members gathered Sunday, Sept. 9 to host a potluck block party billed as a "thank you" celebration for all of the support they've received from the community as they work to rebuild.

A major step forward in the rebuilding effort will come this week, after church members came together Sunday to show they're stronger than ever. 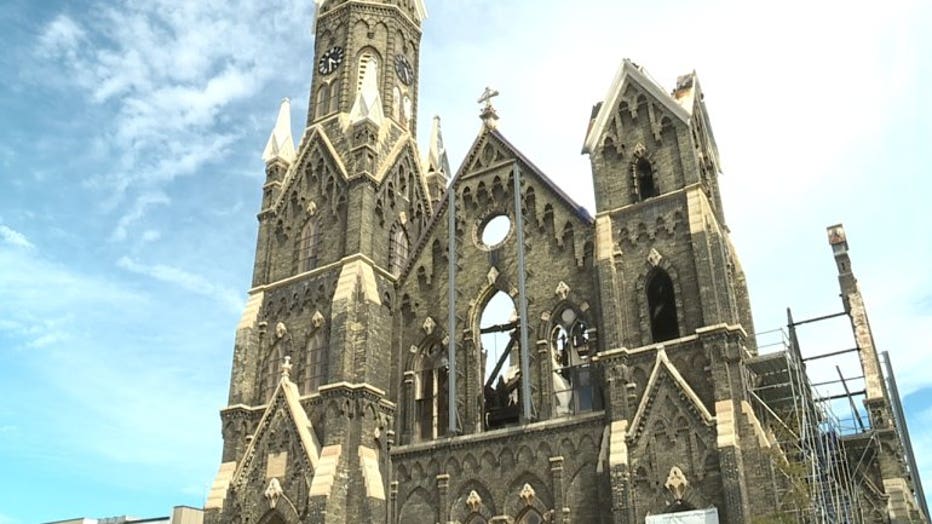 The sound of church bells ringing filled the air as church members gathered alongside Trinity Lutheran for the potluck celebration.

"It's just a building. Buildings can be rebuilt, but it's memories and treasures. You know, I was baptized here," said Lydia Beasley. 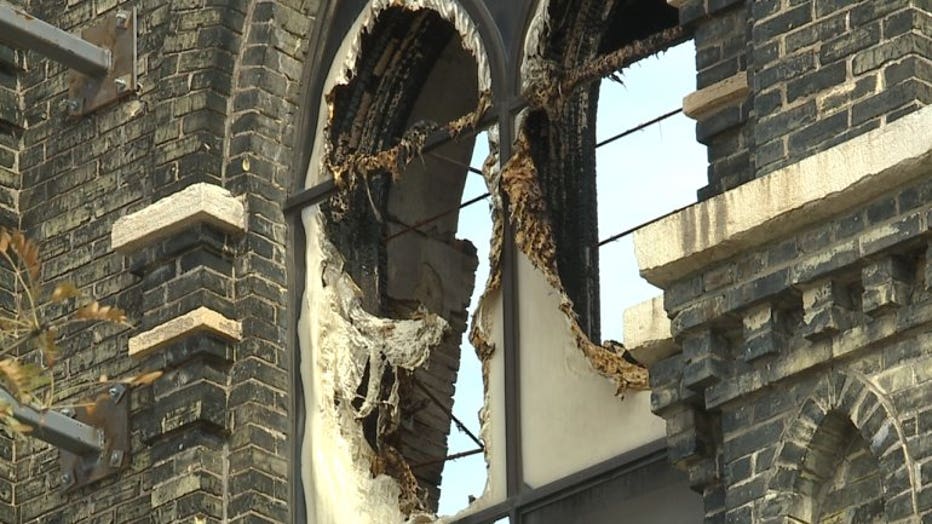 Beasley helped coordinate Sunday's "Out of the Ashes We Rise" block party. It took the place of what would normally be a back to school kickoff event for the church. 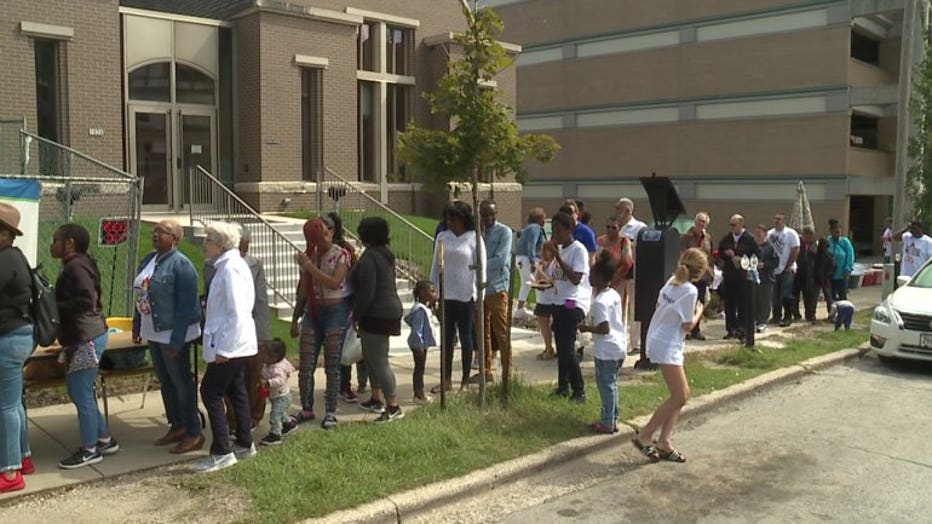 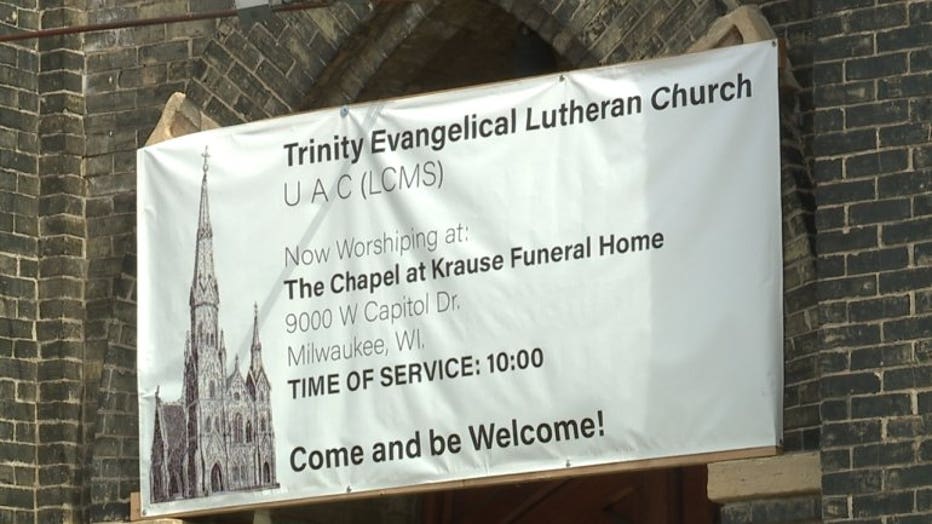 "There were so many churches and people praying everywhere that were like, 'we are praying for you.' I'm like, 'wow. This is amazing,'" said Beasley.

To say "thank you" for the support and donations, the church offered a free meal and a chance for its youngest members to be carefree. 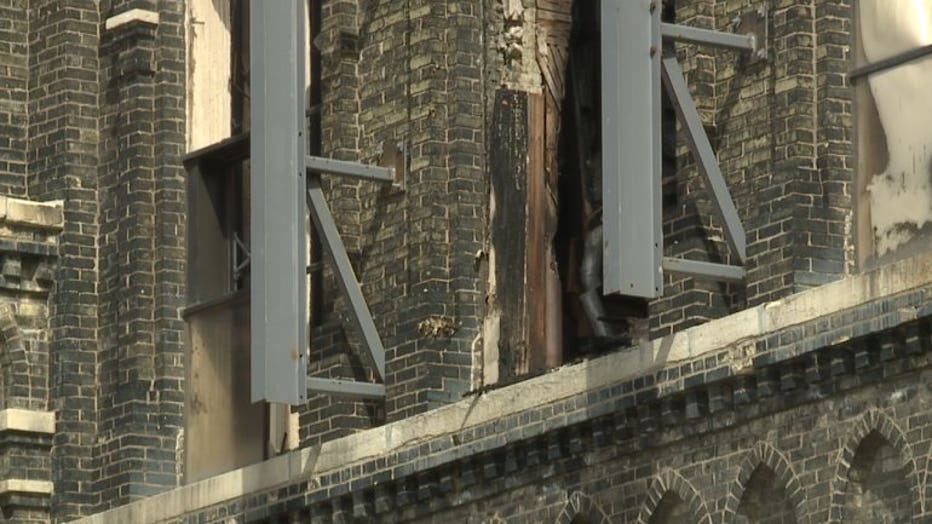 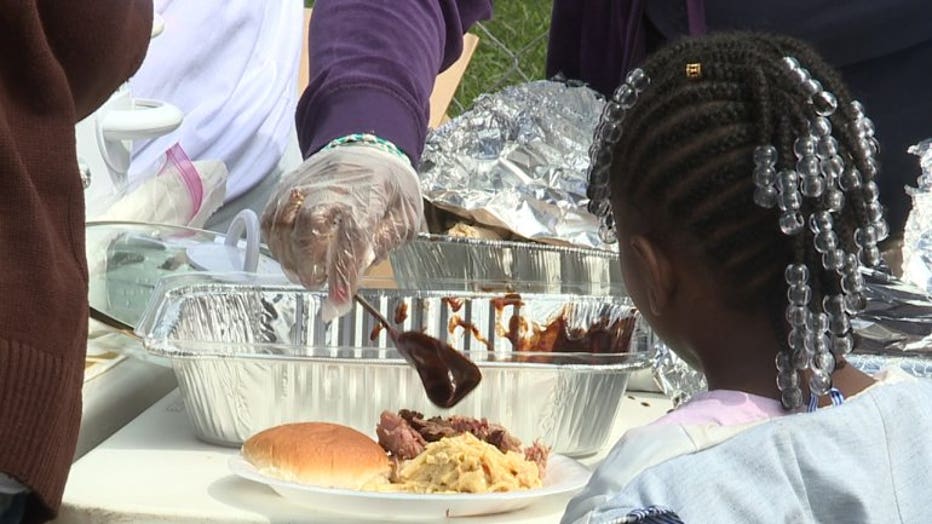 "We just want things to be as normal as possible for all of our members," said Christine Behnke, director of parish education.

The circumstances surrounding what caused the 140-year-old building to go up in flames on May 15 are still under investigation, but in July, there were finally signs the effort to rebuild was getting underway.

"The congregation wants it built the way it was. That is our goal and everybody's mindset," said Mike Long, Triad. 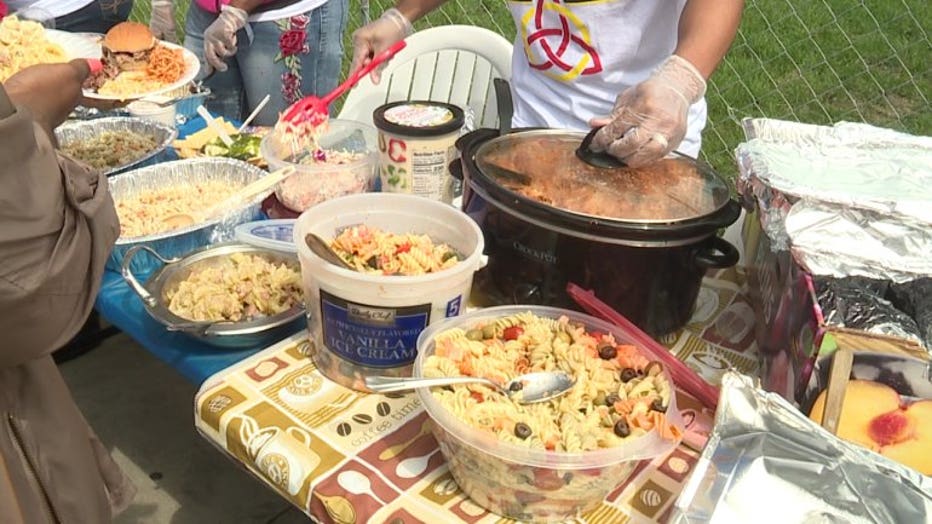 During Sunday's celebration, we found support beams keeping the remaining facade in place, and asbestos being abated from the basement, as church members continue to work to raise $17 million to fund the reconstruction. They couldn't do it without your support, and the passion of the church's 200 members.

"We were already strong and supportive and had a good foundation. That's what made it possible to carry forward," said Behnke. 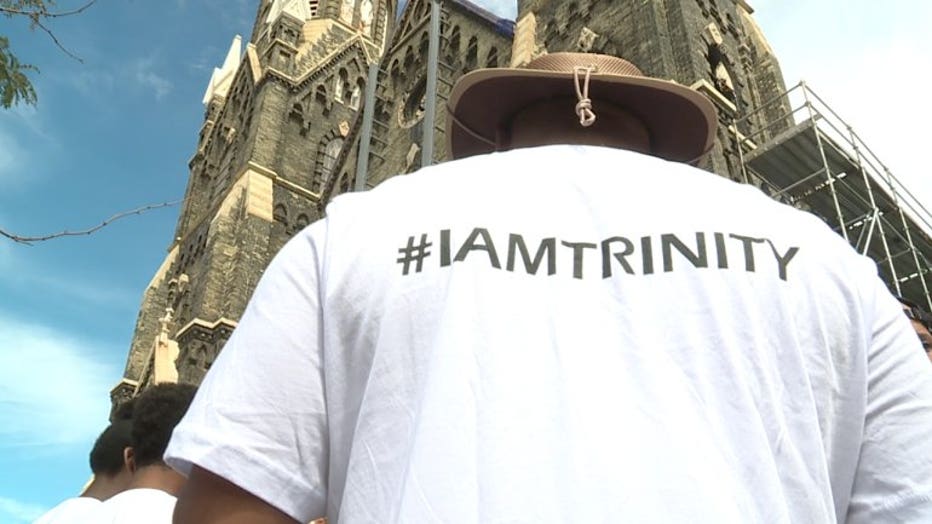 On Monday, a large crane will attempt to lift what remains of the historic organ from the rubble.

It'll be years before worship can take place inside the space once again.

CLICK HERE to make a donation toward the effort to reconstruct Trinity Evangelical Lutheran Church.