TAMPA, Fla. -- A toddler who was the subject of an Amber Alert in both Florida and Georgia was rescued by authorities in the Tampa Bay area. The suspect is armed and in a standoff with troopers and police, according to the Florida Highway Patrol.

Deputies in Bibb County, Georgia said 29-year-old Caesar Zamien Lamar Crockett Jr. got into an argument with his 2-year-old son's mother. At some point during the argument, authorities said Crockett pulled out a gun and shot the woman's mother, stepfather and sister, killing them. The woman was also injured in the incident. 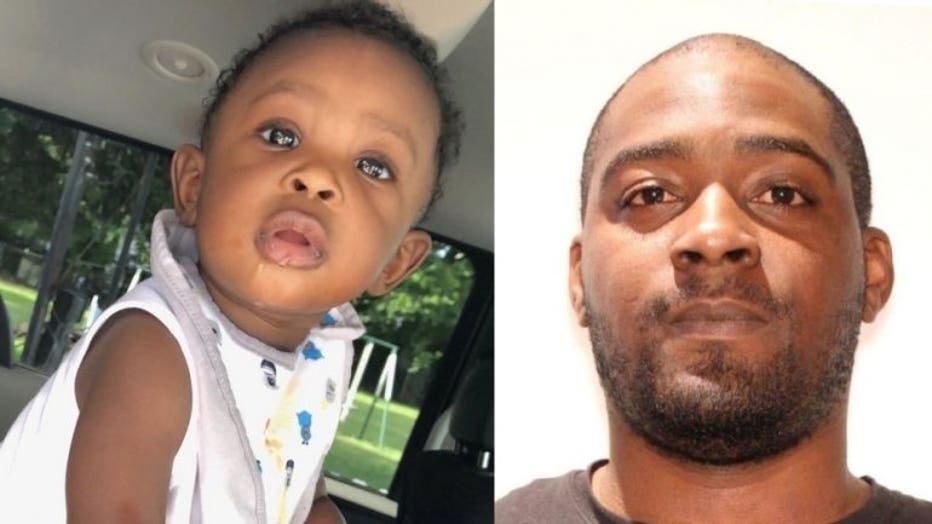 Investigators said Crockett then left the home with 2-year-old King Cane Crockett, and drove off in a black 2007 Pontiac G5 coupe with a temporary tag S0325629 from Houston Auto Auction.

Hours later, the Florida Department of Law Enforcement said Crockett and the toddler were seen on I-75 in Gainesville.

Police spotted the vehicle Wednesday afternoon by near I-75 and Fowler Ave, and Crockett then led them on a chase. Troopers pursued Crockett along with Tampa police officers. FHP said Crockett fled at speeds up to 120 mph along I-4.

The pursuit ended in a crash on the exit ramp to I-4 eastbound at I-75. The little boy was recovered by investigators at the scene.

"The suspect remains inside the vehicle, armed, and in a standoff with troopers and police," FHP confirmed to FOX 13.

Crockett faces three counts of murder and one count of kidnapping.