LOS ANGELES -- In the wake of the Harvey Weinstein sexual assault charges and the #MeToo movement, more women than ever have come forward with their stories of surviving sexual assault. Songwriter Aijia Grammer wrote and recorded her song "For You" after watching Dr. Christine Blasey Ford testify to the Senate Judiciary Committee during the confirmation process for Supreme Court Justice nominee Brett Kavanaugh in 2018.

Aijia invited survivors of sexual assault along with their supporters to the music video shoot. For some of the survivors, it was the first time they had shared their experiences.

When asked about about the inspiration behind "For You" and what it means to be an ally, Aijia said:

"I was inspired to write this song after I watched the brave and emotional testimony given by Dr. Christine Blasey Ford. I deeply empathized with her, as what she was saying was an all too familiar story for so many survivors of sexual assault. I watched her boldly share her experience to a room full of mostly men. Men who were there to judge whether or not they believed her. It was so degrading and at the same time I thought she was the most powerful thing I’d ever seen. I was truly inspired by her. That night I couldn’t sleep. I was so angry and upset about how she had been put in that situation and how so many others have been put in that same situation. I went downstairs to my piano in the middle of the night and wrote this song in about 30 min. Then I went back upstairs and was able to fall asleep.

It is important to be an ally to all groups of people who are experiencing trauma or injustice and need to have their voices amplified. When you are in a position to help create space for a group of underrepresented people to be heard, it means you are in a position of privilege. You have a moral responsibility to use that privilege to reach out a hand to those who maybe are not able to speak out. Many times it’s not about speaking out on their behalf. It can be enough to quiet the room and get everyone to pay attention to the one, small voice who has been unable to be heard until then.

Many sexual assault survivors take years to gain the strength and work through their trauma enough to where they feel safe to come forward. This is a known fact. Being an ally means listening and acknowledging them, no matter how much time has passed. It means not making them feel as though their story is a burden. It means not blaming the survivor in any way. The fact of the matter is, a sexual assault only occurs when a perpetrator decides to commit an assault. This means that no matter what a survivor said, did, did not do, how they dressed, how much they drank, where they were, etc, they are not to blame for someone else deciding to assault them. Period. Being an ally means reminding them and the world of this fact."

If you are a survivor of sexual violence and need help, please call the National Sexual Assault Hotline at 1-800-656-HOPE or reach out here. 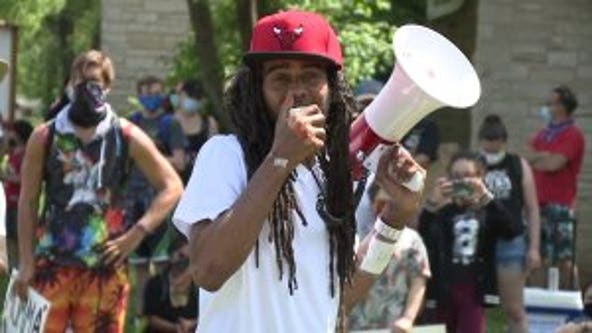