SHEBOYGAN -- It was an effort to raise money for injured soldiers, while also remembering the lives lost on 9/11. A thoughtful ceremony was held Monday, August 3rd in Sheboygan to recognize a company's work for returning American servicemen and women.

"Today is a special day as we celebrate and recognize heroes," Gary Dulmes said. 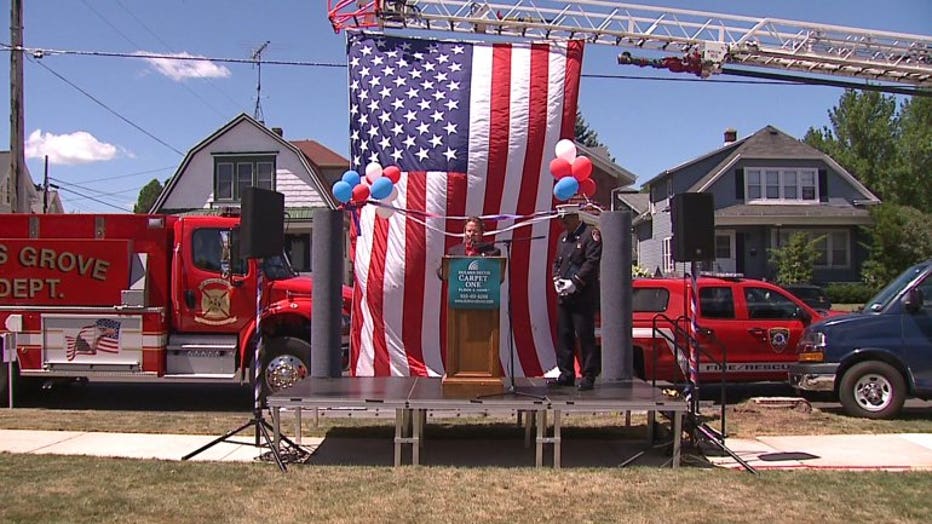 Dulmes, the owner of Dulmes Decor, a Carpet One franchise, introduced a New York firefighter who was at Ground Zero on 9/11 and spent the next six weeks there during the recovery efforts.

"Raymond Thomas is a recently retired lieutenant who served the fire department of New York for 24 years," Dulmes said.

Thomas traveled to Sheboygan to personally thank the Dulmes company for raising money for the Stephen Siller Tunnel to Towers and "Homes for Heroes," which builds adaptive homes for injured soldiers.

"Jumped at the opportunity and thank people in person for raising this money so that we can build these homes for these heroes," Thomas said. 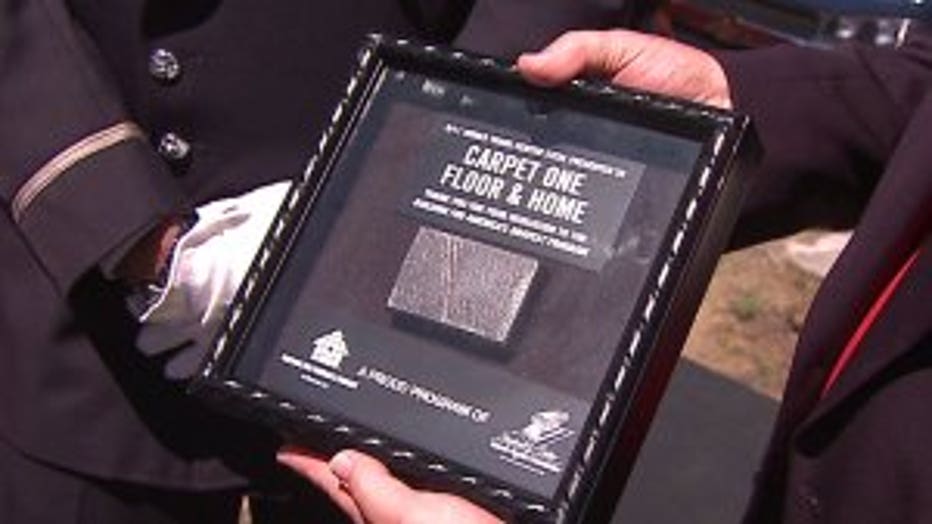 To date, more than 30 homes have been built across the country.

"Hi-tech houses. They are operated with iPads. They can turn on the lights when by looking at things. What it does is gives these veterans a chances to get back to a semi-normal life," Dulmes said.

As a token of appreciation, Thomas presented the Dulmes company with a framed piece of steel from Ground Zero.

"Such a tragedy -- yet America rose from it, from this tragedy -- to make a difference," Dulmes said.

The Stephen Siller Tunnel to Towers organization and "Homes for Heroes" has a goal of building at least 100 adaptive homes. 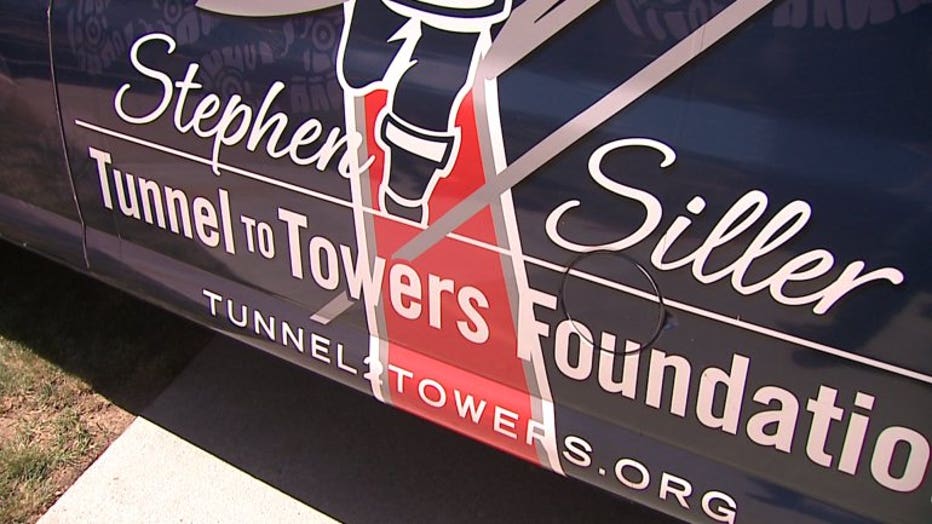 The estimated cost for just one home is $1 million.