CHICAGO — A father told police that he'd looked around his house, garage and the surrounding neighborhood in suburban Chicago, looking for his 5-year-old son who was not home when he returned after a doctor's appointment, according to a recording of a 911 call released Tuesday.

In the 911 call last Thursday morning, Andrew Freund Sr. said his son, Andrew "AJ" Freund, was missing from his home in Crystal Lake

"We've checked closets, the basement, the garage, everywhere," Freund told the dispatcher, adding that he had scoured the park, a nearby school and a "local gas station down here where we sometimes take him to buy treats." But that there was no sign of the boy.

Police were still searching for AJ in a park in the heavily-wooded suburb Tuesday. Authorities said they planned to use sonar to search local ponds, and that an Illinois State Police plane would search the area to guide officers searching the ground in the community about 50 miles (80 kilometers) northwest of Chicago.

The department also said detectives were asking neighbors to hand over home surveillance video in the hopes that they might provide clues about the boy's location.

Police did not say anything about the boy's mother, JoAnn Cunningham, who they have said is refusing to cooperate with detectives. Nor has the department said anything further about the detectives' belief that the boy was not abducted, had not wandered or that its focus had changed since Monday, when it said the investigation was "focusing on the residence and the individuals that may have seen or had contact with AJ last." 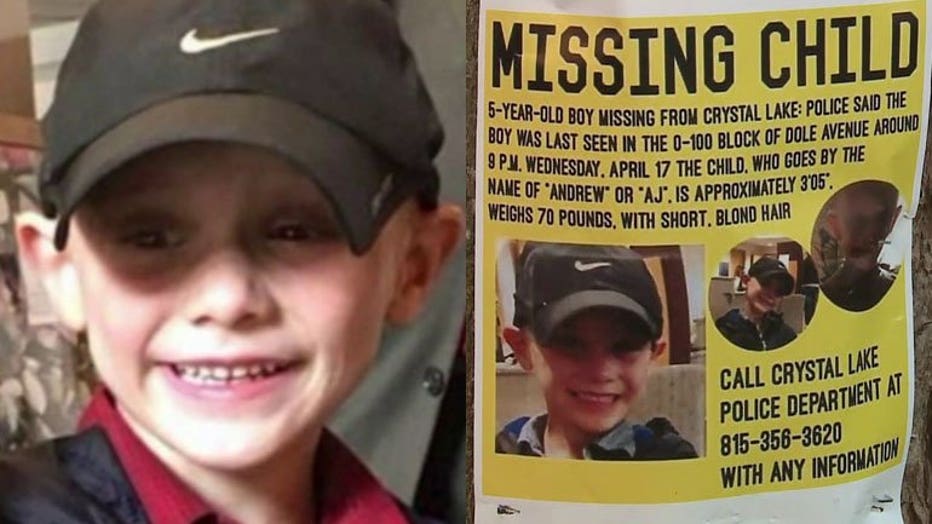 On Tuesday afternoon, the department released more than 60 pages of police reports written by officers who responded to various calls about the house.

One report described seeing the home littered with dog feces and urine, and a children's bedroom where "the smell of feces was overwhelming." Another report said the officer found the house to be "cluttered, dirty and in disrepair," and without electrical power.

The heavily-redacted reports also indicate state child welfare workers were called after officers spotted a large bruise on one of the young boys living there, but that the children appeared to be "healthy and happy" and were not removed from the house.

According to media reports, Cunningham was scheduled to appear in court Tuesday in hopes of regaining custody of her younger son, who was taken into Illinois Department of Children and Family Services custody after his older brother disappeared.

The Northwest Herald reported Tuesday that the day the boy disappeared, Cunningham was arrested on an outstanding traffic warrant just after she and Andrew Freund Sr. went to the Crystal Park Police Department to speak with investigators about their son. The paper said she was also scheduled to appear in court on Tuesday on the traffic case.