LOS ANGELES — Major interstates reopened in Southern California on Friday after lengthy closures caused by a cold storm that drenched the region and blanketed mountains and desert areas with heavy snow.

The notorious Grapevine section of Interstate 5 in towering Tejon Pass north of Los Angeles was finally opened after a 36-hour closure forced by dangerous conditions that set in Christmas night.

Vehicles were being escorted in both directions by California Highway Patrol units.

The storm had largely departed by Thursday evening but cold air remained. The CHP said the closure continued into Friday because overnight temperatures fell into single digits and miles of roadway froze.

In the inland region to the east, the Cajon Pass section of Interstate 15 reopened after being closed for many hours. The major route for travel between greater Los Angeles and Las Vegas also reopened in the Mojave Desert after a lengthy shutdown between Baker, California, and Primm, Nevada. 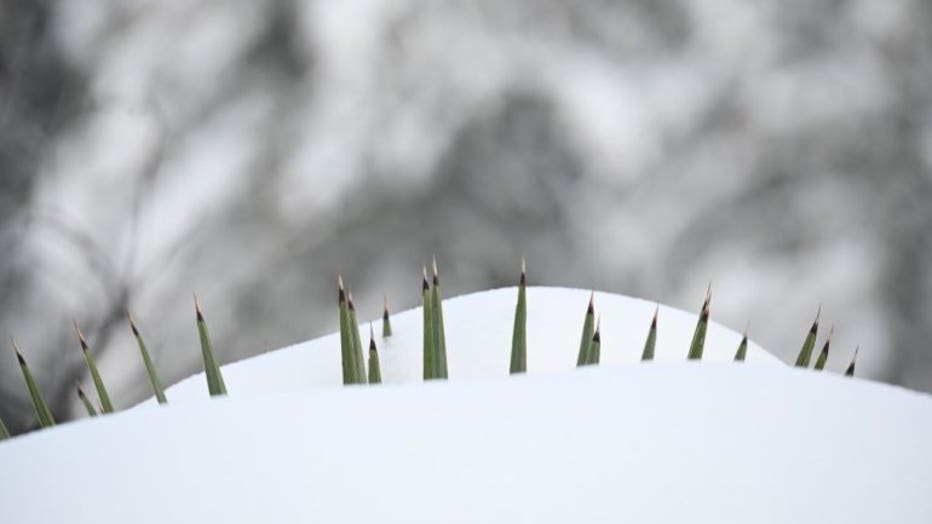 The National Weather Service said the cold low pressure system that brought the heavy rain and snow to Southern California was over Arizona and moving east. Rainand snow made roads and highways slick in a broad area stretching from Flagstaff and the Grand Canyon in the north to southeastern Arizona, including the desert along Interstate 10 east of Benson.

In California, I-5 rises to more than 4,100 feet (1,250 meters) in Tejon Pass between Los Angeles and the San Joaquin Valley, making it susceptible to storm closures, especially on the steep section known as the Grapevine.

Cajon Pass rises to more than 3,700 feet (1,128 meters) between the San Gabriel and San Bernardino mountains on I-15, which also carries commuter traffic in addition to people traveling between southern Nevada and Southern California's cities.

Moisture wrapping around the low continued to bring some snow showers in the mountains in Southern California but that was expected to end.

Dry and warmer weather was expected in Southern California through most of the weekend. Another cold, low-pressure system was forecast to bring precipitation late Sunday through Monday before a drying trend sets in on New Year's Eve.