BIG BEND NATIONAL PARK, Texas (Border Report) — The vast desert and desolate wilderness of the Big Bend region of Texas has made it hard to connect to strong internet service for the residents living here. It also has meant that law enforcement, Border Patrol and officers at the port of entry in Presidio can’t always connect online even when they are working an active case, according to the port director.

U.S. Customs and Border Protection Acting Port Director Alejandro Leos, who oversees the Port of Entry in Presidio, says his 85 officers oftentimes can’t connect via their cellphones to verify biometrics on people trying to enter the United States from Mexico at this port.

Leos says that can result in travelers having to wait until their information can go through and officers clear them. He adds that it can put officers at risk if they are in the presence of a person deemed dangerous and they are not aware of it. 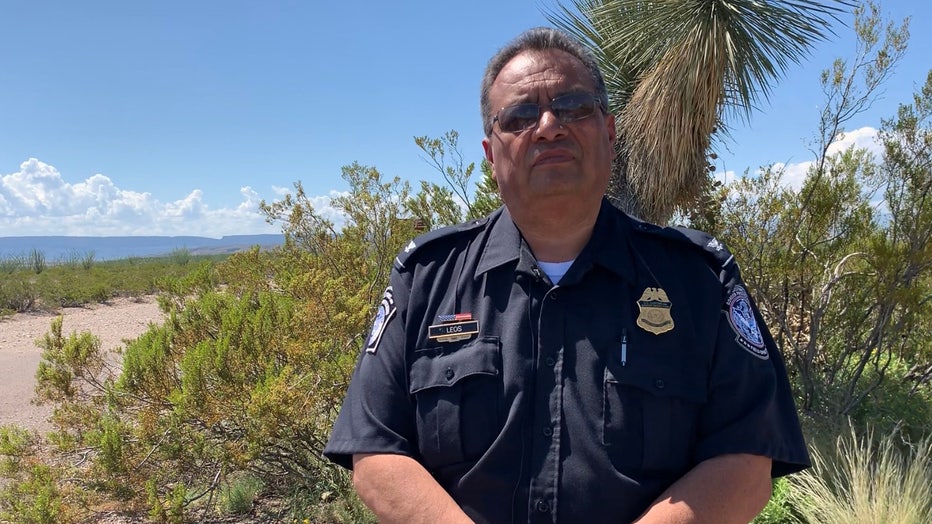 U.S. Customs and Border Protection Acting Port Director Alejandro Leos, who oversees the port of entry at Presidio, Texas, says his agents often can’t connect via their cellphones in the Big Bend area. He spoke with Border Report on Friday, Sept. 27,

“Most of our issues are connected to connectivity issues because of the service and cell service, but when they do function correctly, it’s a great tool for us to have in our area,” Leos said as he met Border Report for an interview at the entrance to Big Bend National Park, near Terlingua, Texas.

Leos’ officers oversee the port at Presidio, which is closest to Big Bend, as well as that of Midland and Odessa. This stretches hundreds of miles and the terrain is rough.

Being this far out, sometimes three to seven hours from the nearest town, means that officers need to be able to access information on mobile devices. But the Chisos Mountains and plummeting Santa Elena Canyon, impede connectivity issues here, Leos said. 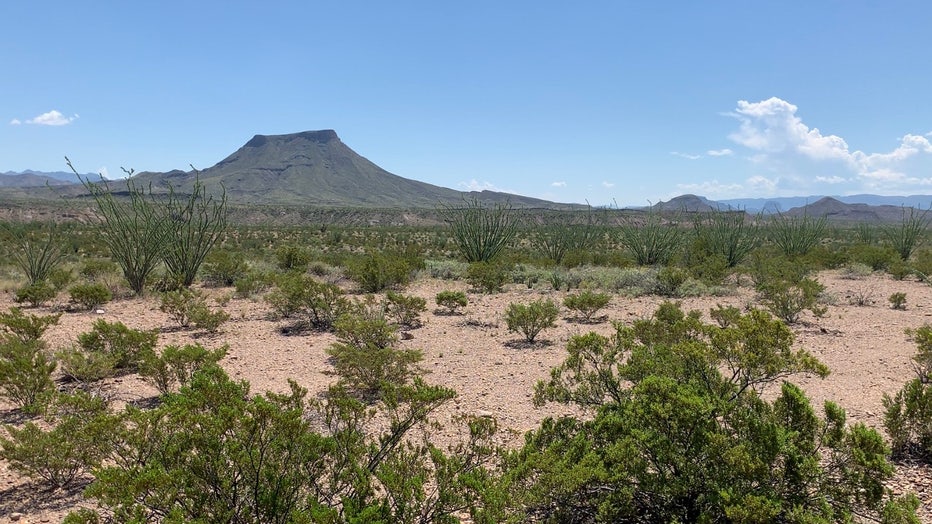 Currently, his office is going through a mobility testing phase for their phone systems. Leos hopes the result will be to “actually having real-time technology for processing visitors.”

Real-time technology is essential for CBP officers as they assess every situation and every person trying to enter the United States on the Southwest border.

CBP officers “work hand in hand with Border Patrol” agents, other law enforcement personnel and even locals to try and help each other out in this region, which includes 800,000 acres of Big Bend National Park — the 15th largest national park in the United States.

“Any additional help, we can get we welcome it,” said Leos.

RELATED: A view from the top: Border Report tours with CBP’s Air and Marine Operations 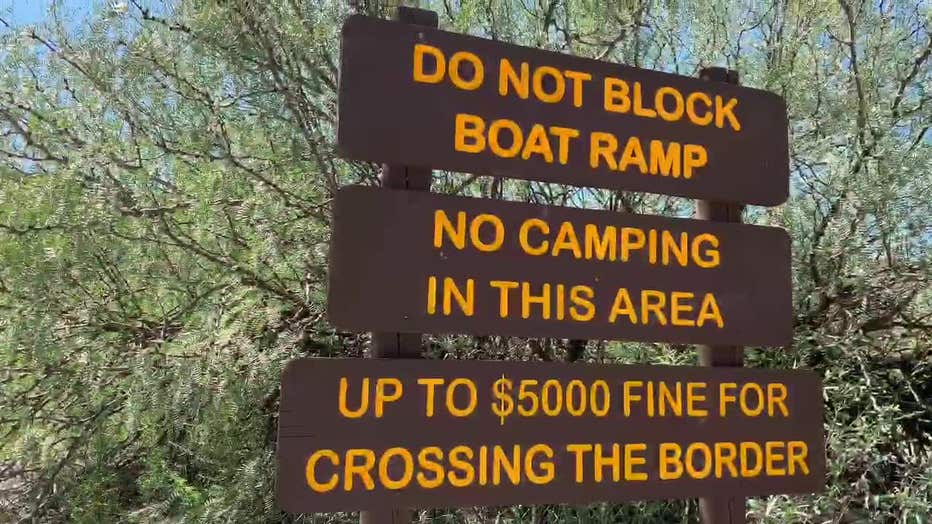 A sign at Big Bend Ranch State Park warns visitors not to cross the Rio Grande into Mexico or face a $5,000 fine. (Border Report Photo/Sandra Sanchez).

Some of the migrants processed at the Presidio port, which is the only port of entry for this entire region, are taken across the bridge to Ojinaga, Mexico, to await asylum hearings.

This is under a new policy begun this year called Migrant Protection Protocols, which was started under the Trump Administration to alleviate a backlog of migrants in the United States who are awaiting U.S. immigration hearings.

Through August, there were more than one million backlogged immigration court cases to date, the Transactional Records Access Clearinghouse, a data gathering, data research and data distribution organization at Syracuse University, recently reported. 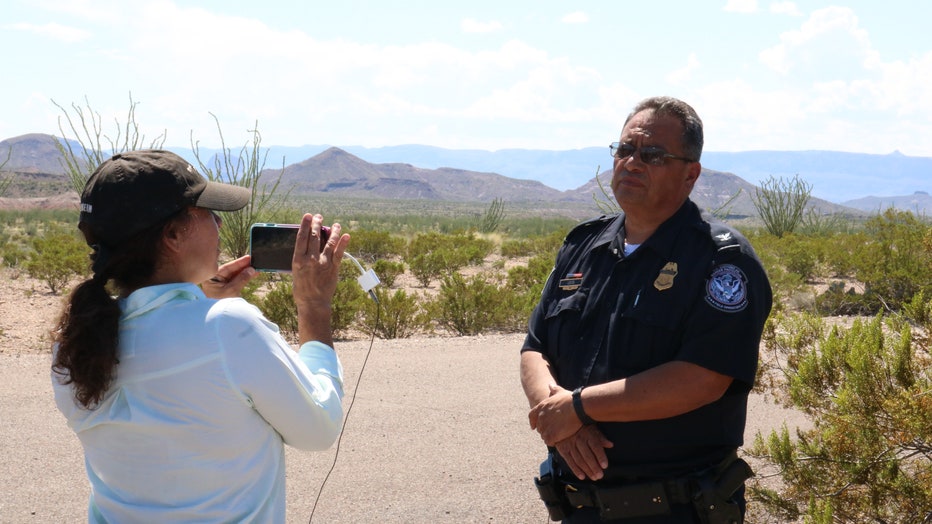 
Recently Border Patrol and CBP officers say they have been encountering unusually high numbers of families from Honduras trying to cross into the United States in this area.

Roberto Dominguez, who is Patrol Agent in Charge of the U.S. Border Patrol’s Alpine Station, which includes the Big Bend Sector, told Border Report on Friday that children as young as 18 months old are being brought through this desolate area to evade law enforcement in other more urban parts of the Southwest border with Mexico. But that taxes local officials here, he says, who have to take ATVs and helicopters to reach migrants and to render aid to them in areas where sometimes it can take seven hours to drive to.

Read a Border Report story on Border Patrol’s risks of operating in the Big Bend here.

“Border Patrol and ourselves run a lot of unique risks out here and the terrain is very rough. At the Presidio Port of Entry our youngest immigrant has been eight months old,” Leos added. “When a family group travels for several days with only a small bottle of water and an eight-month-old infant that is a real risk and can turn into a deadly situation there.”

Sandra Sanchez can be reached at SSanchez@BorderReport.com. She is traveling with a group of journalists from San Diego to Brownsville, Texas, reporting on the Southwest border.