Roberto Dominguez, who is Patrol Agent in Charge of the U.S. Border Patrol’s Alpine Station, which includes the Big Bend Sector, said that children as young as 18 months old are being brought through this desolate stretch where the Chihuahuan Desert meets the Chisos Mountains on the border with Mexico.

His 500 agents patrol 158 miles of border with Mexico — 100 of which are in Big Bend National Park, which is an area far removed from the rest of Texas. This is the darkest part of North America, where stars shine bright at night and tourists come to visit to get off the grid.

It takes agents seven hours to get migrants to the hospital in Alpine, Texas, Dominguez said as he gave Border Report a brief tour of one section of Big Bend National Park.

“There are a lot of areas out here that we just can’t get to in a vehicle,” said Dominguez.

“It’s just a unity of effort as far as approaching this threat we have at the border,” Dominguez said.

Sector apprehensions are up 308 percent this year of family units, which means migrants traveling with children, Dominguez said. And apprehension rates of single adults are down seven percent.

Most of the women and children are coming through the southern central section of the park, a remote area that is about a two-hour drive from any park entrance. 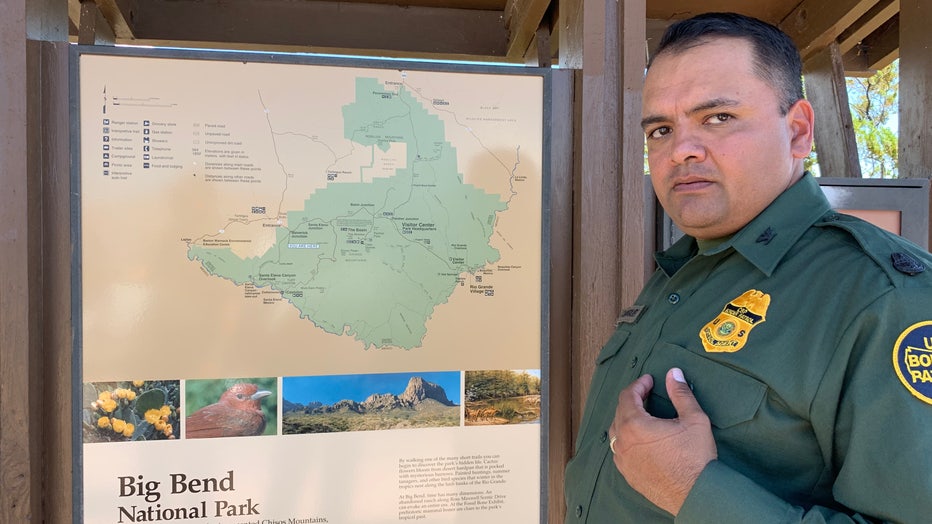 Roberto Dominguez, who is patrol Agent in Charge of the U.S. Border Patrol’s Alpine Station on Friday, Sept. 27, 2019, shows a map of Big Bend National Park where migrants are being apprehended by agents in greater numbers. (Border Report Photo/Sandr

Dominguez said they have never experienced so many families crossing through this terrain. He believes, from reports his agents receive when interviewing migrants they arrest, smugglers are increasing their push to traffic people through this treacherous terrain to avoid more populated areas elsewhere in Texas.

“They say follow this creek bed until you get to the river, but if you actually look around there’s not a whole lot of people out here so you have these family units out here for a day or two just wandering around,” Dominguez said. 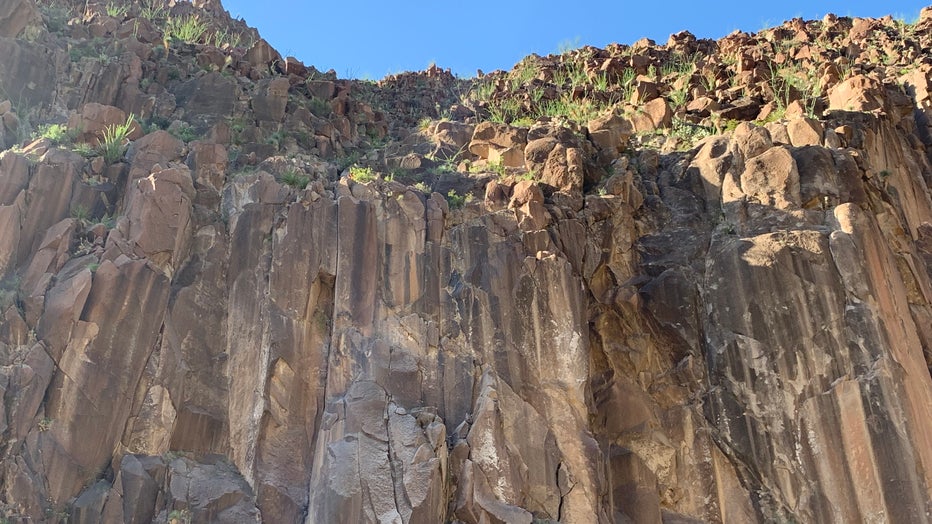 Last week, they encountered a group of 28 migrants. A couple of weeks before that, they came across a group with three pregnant women. Dominguez said. Small children also are toted along through this desert full of rattlesnakes, Mexican brown bears, scorpions, tarantulas and prickly pear cacti.

In addition, there are jagged lava rocks, uneven soil, rock slides and a distance that is deceivingly farther than they think and terrain that is not navigable and hard to keep your bearings.

Agents in this sector recently began bringing pop-up tents to groups of migrants, where they can cover them as they talk to them. Agents also bring snacks, water and IVs. Many of this sector’s agents are EMT-certified, and they begin administering IV fluids to dehydrated migrants.

“There isn’t a lot of shade so where do you take cover?” Dominguez said. “This is about as remote as you can get. These people are exhausted and they do need assistance and that’s one of our priorities: To render aid to them.”

Sandra Sanchez can be reached at SSanchez@BorderReport.com. She is traveling with a group of journalists from San Diego to Brownsville, Texas, reporting on the Southwest border.