MILWAUKEE -- It was a rare chance for beer drinkers today at Juneau Park as they got to take part in a 'hop-infused' beer tasting. Sprecher hosted the event at the Traveling Beer Garden in downtown Milwaukee.

Green 'hop cones' used in making beer, were harvested at 9 a.m., and infused and ready to serve in beers by 11 a.m. 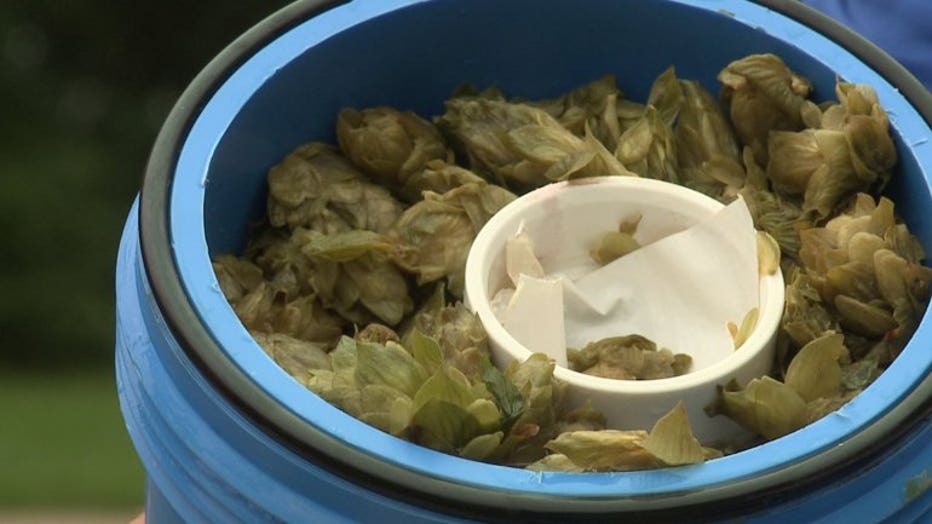 They infused the unprocessed hops in their finished beers for a taste that the company's founder says is one of a kind.

"It's going to add not a typical hop character but a real kind of, vegetable floral type of thing -- so it's a little different way to enjoy the beer and have something hops," said Randy Sprecher, Owner of Sprecher Brewing Company.

You won't be able to buy these beers in stores, but Sprecher says "occasionally" you can try a beer made this way at the brewery.