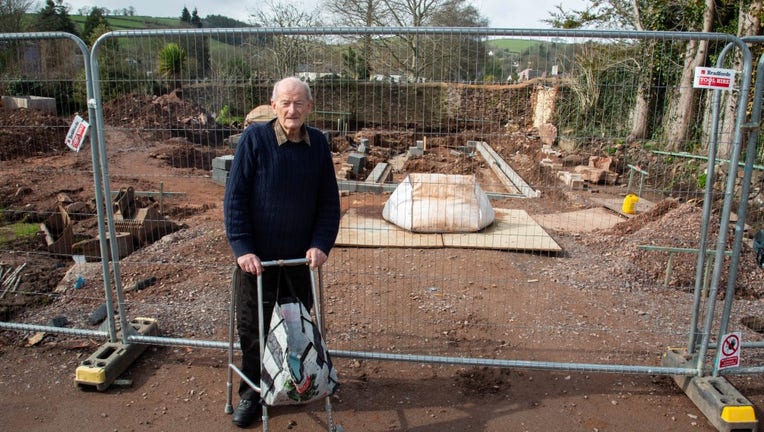 The ruins of a lost palace from the 13th century were unearthed in the garden of a homeowner in England. (Credit: SWNS)

Lost palaces are always in the last place you look.

A retired man in England had hoped to build a small home in his garden so he could eventually sell off his main house. But when he broke ground on the project, he found something unexpected hiding beneath his property: The ruins of a lost palace from the 13th century.

The property, which is located in the town of Wiveliscombe, is apparently the lost location of a medieval bishop’s palace, parts of which were unearthed in Charles Pole's yard, Southwest News Service (SWNS) reports.

RELATED: Lava rains from the sky during latest eruption of Italy’s Mount Etna

Pole, the property’s owner, isn’t excited about the find, however.

"I live on my own in a house in Palace Gardens and I'm disabled," he said, as reported by SWNS. "'I was having a bungalow built in the garden for myself and plan to sell the house. When the builder saw the remains, he was ordered to stop work. It came as a big surprise.

"It was exciting to hear the site contains something of real significance, but the cost of the investigation is going to cost me around £15,000 (approx. $20,900) and has delayed the bungalow." 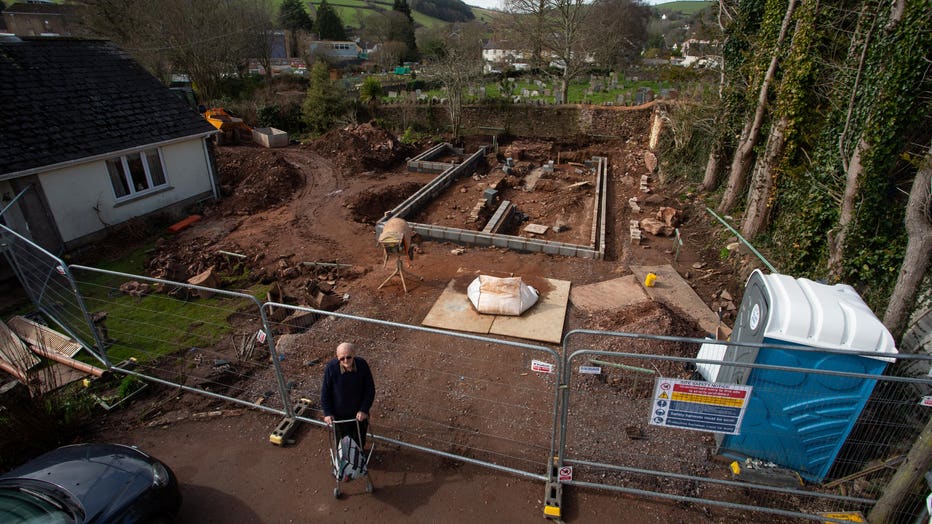 The site of a medieval bishop's palace has been unearthed in Wiveliscombe during building work on a bungalow. (Credit: SWNS)

The palace reportedly dates back to the 13th century and had fallen to ruins by the 18th century. At some point, it had disappeared, and historians were unable to determine its location. But it turns out they just weren’t looking in the right backyards.

"They are believed to be part of the original foundations of the bishop’s palace complex," a spokesperson for the South West Heritage Trust told SWNS. "The building remains are clearly of medieval date and represent two phases of development on the site."

South West Heritage claims the land is now of historic importance, as even pottery items from the previous (12th) century had also been unearthed on the site.

"The remains are a significant find and the landowner, archaeologists, builder and architect are working to protect and record the site," said the spokesperson. "The development is being monitored by archaeologists from the South West Heritage Trust as part of the planning requirements."