The damage done by a severe earthquake in Haiti that has left more than 1,200 dead and hundreds missing could be seen in satellite images released on August 15. (Credit: Maxar Technologies via Storyful)

Images taken from space show the aftermath of the deadly 7.2-magnitude earthquake that ravaged Haiti, leaving more than 1,200 people dead and thousands injured.

Satellite images on Aug. 15 by Maxar Technologies show buildings in Les Cayes and Jeremie, Haiti, a day after the quake hit, compared to images showing the same structures before.

Buildings are seen askew or toppled over and debris is littered throughout the streets.

The country’s Civil Protection Agency said 1,297 dead from the earthquake had been counted by Sunday, a day after the temblor turned thousands of structures into rubble and set off frantic rescue efforts ahead of a potential deluge from an approaching tropical storm. 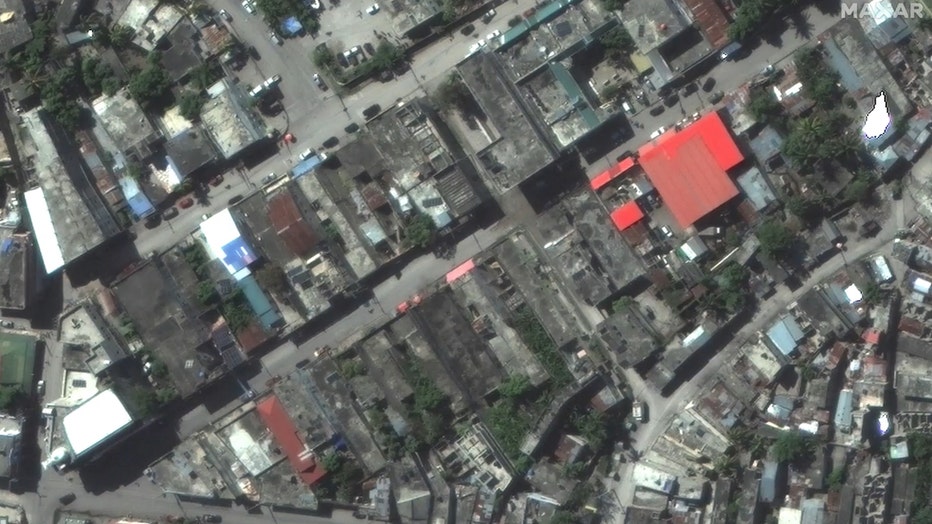 The quake, centered about 125 kilometers (80 miles) west of the capital of Port-au-Prince, nearly razed some towns and triggered landslides that hampered rescue efforts in a country that is the poorest in the Western Hemisphere. Haiti already was struggling with the coronavirus pandemic, gang violence, worsening poverty and the political uncertainty following the July 7 assassination of President Jovenel Moïse.

Officials said more than 7,000 homes were destroyed and nearly 5,000 damaged from the quake, leaving some 30,000 families homeless. Hospitals, schools, offices and churches also were destroyed or badly damaged.

And the devastation could soon worsen with the coming of Tropical Depression Grace, which was predicted to reach Haiti on Monday night. The civil protection agency said strong winds, heavy rain, rough seas, mudslides and flash flooding were expected. Rainfall amounts could reach 15 inches (38 centimeters) in some areas.

The Associated Press and Storyful contributed to this report.