Estabrook Dam debate continues: Should it be fixed, or should it be removed?

Estabrook Dam debate continues: Should it be fixed, or should it be removed?

MILWAUKEE -- Milwaukee County Executive Chris Abele is again in the middle of a dispute regarding the Estabrook dam.

Abele has vetoed money to repair the dam, and again said it needs to be removed.

The Milwaukee Riverkeepers group says to completely repair the dam, it would cost between $3.4 million to $6 million.

It would cost only $1.7 million to remove the dam and revitalize the river.

Opponents say water levels upstream have decreased since it hasn't been repaired -- and that it will get worse.

"You used to see so many people using the river -- kayaking, canoeing, boating, fishing. Now you don't see any," Tammy Blaeske with the Milwaukee River Preservation Association said.

"I was involved with the River Revitalization Foundation years ago when the North Avenue dam was removed and there was all the same dire apocalyptic predictions from a small group -- none of which came true," Abele said.

In 2009, the DNR opened the floodgates indefinitely.

DNR officials acknowledge the poor condition of the dam, and have told Milwaukee County officials to either fix it, or get rid of it. 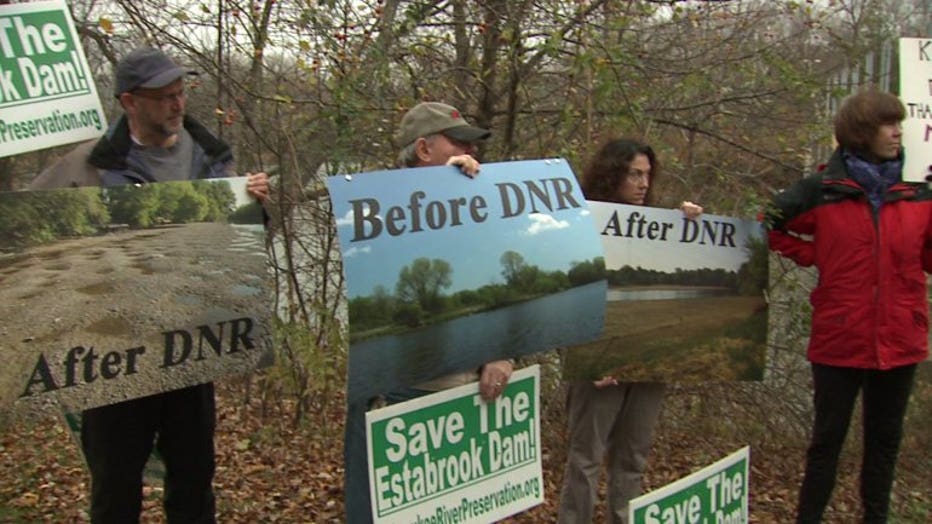