WAUKESHA -- It is a tedious, but important task. State agents are working to sift through thousands of pounds of prescription pills collected during the statewide "Drug Take Back" event this past Saturday, October 17th.

The medications were collected across the state.

FOX6 News was one of just three media outlets from Wisconsin to see DOJ employees process the 21.5 tons of pills.

"These trucks are going to be very heavily guarded," Wisconsin Attorney General Brad Schimel said. "When we get these out of the medicine cabinet, we're putting a big dent in this problem." 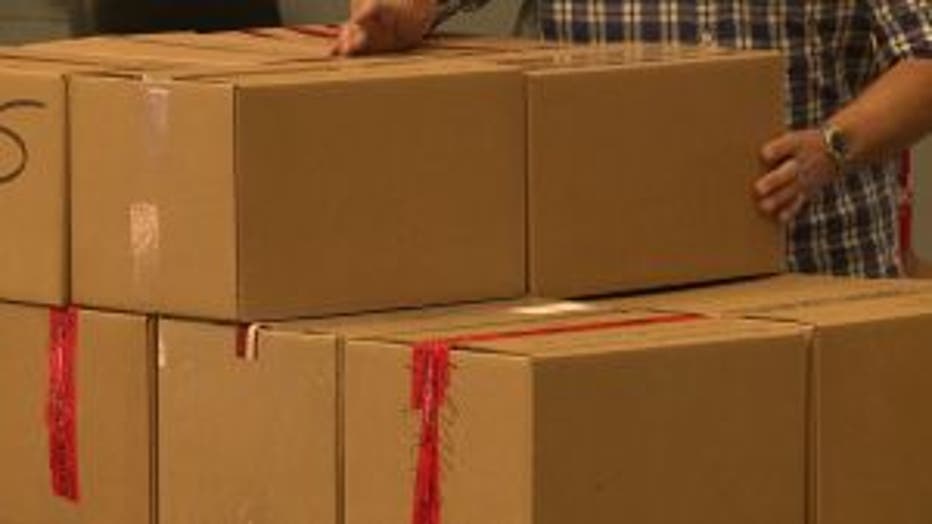 Agents must unpack the drugs, take an inventory, get a weight, and then  dispose of the medication.

Attorney General Schimel was on hand on Monday, October 19th to oversee the work.

"We're going to just keep spreading this message that you need to use prescriptions only if they are prescribed to you. You need to safely and securely store them, and when you're done taking them, get rid of them properly and safely like this," Schimel said.

All of the drugs will be incinerated.

The goal of the Drug Take Back events is to cut down on drug abuse and to keep the medications out of the hands of children and the local waterways.

"It's good and bad. It's bad that there's that much unused medication out there, but it's great news that it's coming here, and we're getting it safely incinerated," Schimel said.

CLICK HERE to learn more about the Dose of Reality campaign -- aimed at curbing the abuse of prescription drugs in Wisconsin.