SAN DIEGO, Calif. – Friendship Park is the only place along the southern California border where people can legally walk up to the fence and touch people on the other side.

On the American side of the park, you’ll find a handful of people waiting to greet loved ones or enjoying the view of the beach.  On the Mexican side, you’ll find thousands of people and an almost celebratory atmosphere with music, food and fun.

“On this side, you see all the security,” said Stephanie Pineda.

Pineda notices the different in moods on each side.  She says despite the hustle and bustle you might see and hear through the border fence, the people are struggling.

“I was hoping to hug them, grab their hand or anything like that, but I was just putting my fingers through the wall, trying to touch them, have that contact feeling,” Irving said of his experience.

The park is only open four hours a day on weekends.  The Border Patrol limits 10 people inside the area at a time.  Agents will occasionally make an exception for a unique Sunday service.

“They always insist that the agent on duty has discretion, so it depends on what is happening that day if there are incidents or people claiming their attention,” said Reverend John Fanestil.

For the last few years, Reverend Fanestil has hosted a cross border church service from the U.S. side of the fence.

“We have a table on the Mexican side, and I set up a little altar on the US side right up against the wall,” Fanestil said.  “We bless the table all at one time.” 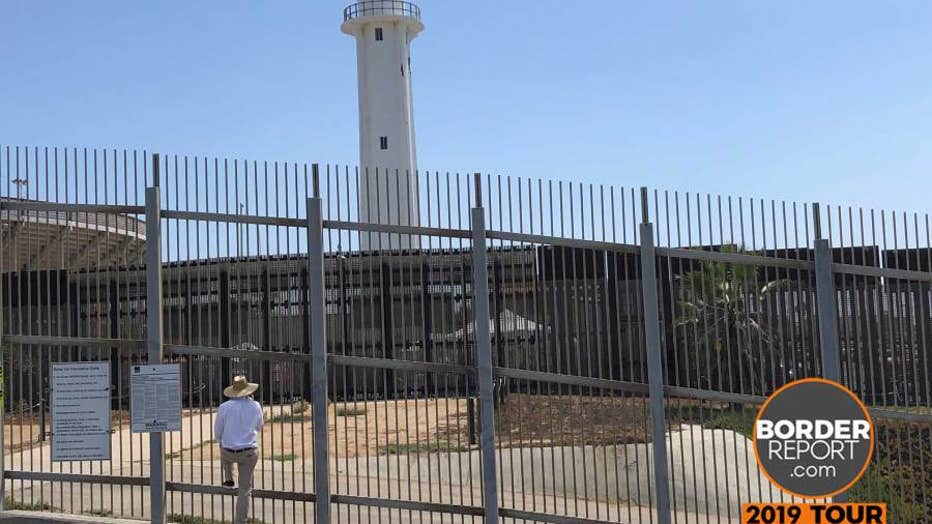 Fanestil speaks on a microphone through two border fences. He conducted the short service in both English and Spanish.

Fanestil described the Sunday service as an opportunity for people on both sides to forget about the barrier that separates them.  On the Sunday we were in attendance, that was not the case.  Due to an incident, Border Patrol agents wouldn’t let anyone through the fence in Friendship Park.  This mean Reverend Fanestil had to conduct service through two walls using a wireless microphone in San Diego and transmitting his audio to speakers in Tijuana.

“We say we are trying to turn the border wall into the table of the Lord,” Fanestil added.

Our Border Report team also spoke with a child who visited Friendship Park to talk with his uncle on the Mexican side.  He told his story to our Ozzie Carrillo.