The Wisconsin State Patrol was conducting a traffic stop around 4:30 p.m. As vehicles were merging over, a semi struck a vehicle ahead of it. The Fond du Lac County Sheriff says the vehicle struck by the semi was shoved into the median and got hung up on the median cable barrier.

Two people in the vehicle that was struck were seriously hurt; a 35-year-old Oshkosh man was transported by a helicopter to Theda Clark Medical Center in Neenah, and a 34-year-old Oshkosh woman was taken by ambulance for treatment.

A second vehicle was also involved in the crash, and it overturned. Two people from that vehicle were taken by ambulance to Aurora Medical Center in Oshkosh with minor injuries.

A third vehicle also rolled over and two people were taken to Mercy Hospital in Oshkosh by ambulance with minor injuries. 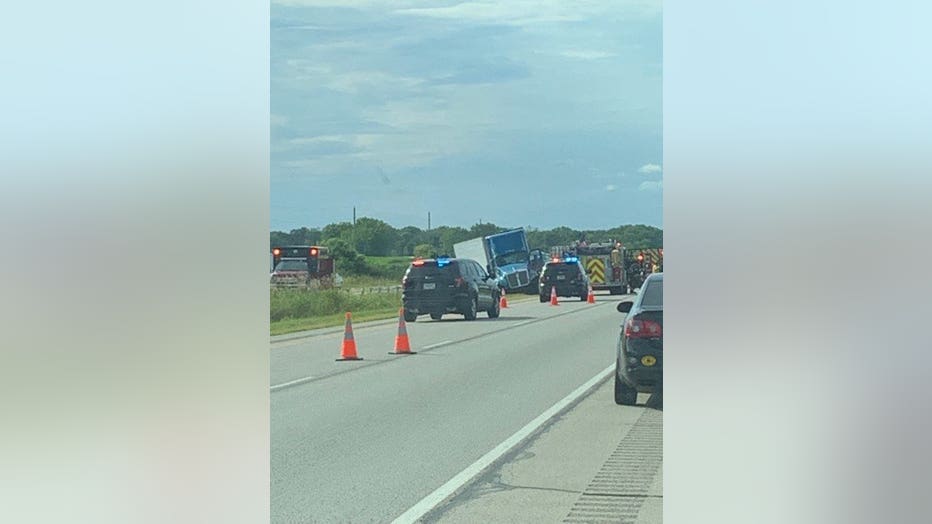 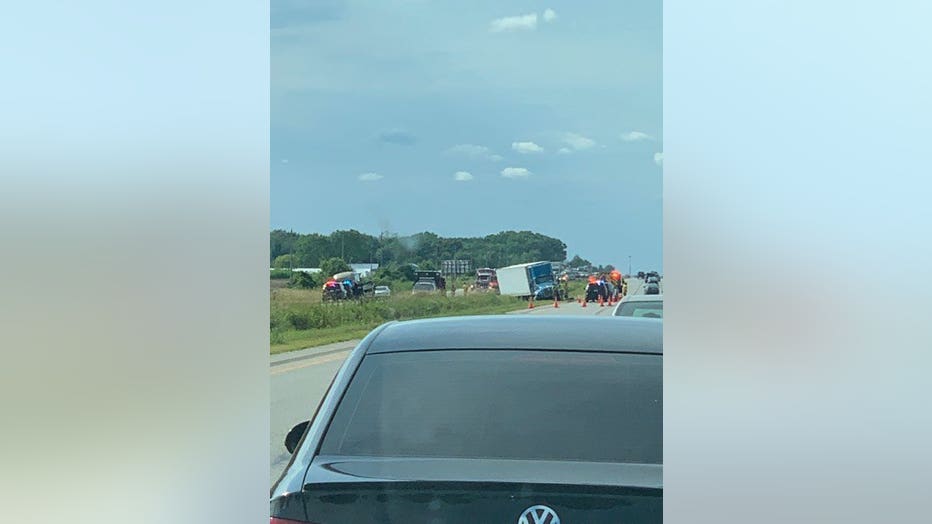 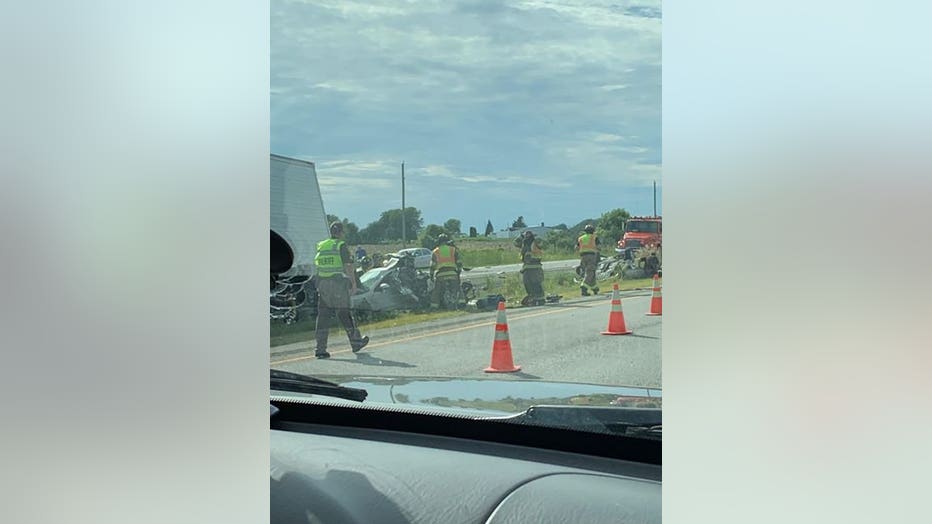 Both lanes of I-41 southbound and one lane of I-41 northbound were closed for about two hours.

Officials tell FOX6 News everyone involved in the crash was wearing seat belts.