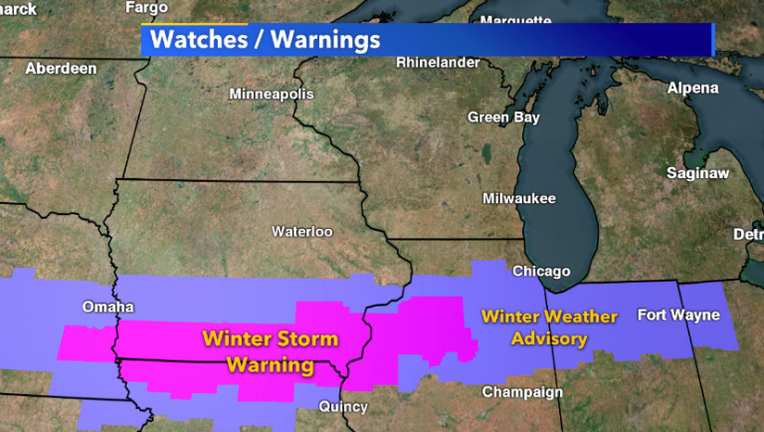 MILWAUKEE -- A winter storm is forecast to pass just south of Wisconsin, with several inches of snow expected for parts of Illinois and Iowa. Currently, a winter storm warning extends from eastern Nebraska to western Illinois, with six inches or more of snow possible in that area. A winter weather advisory is in effect for locations expecting some accumulating snow, even on roadways. 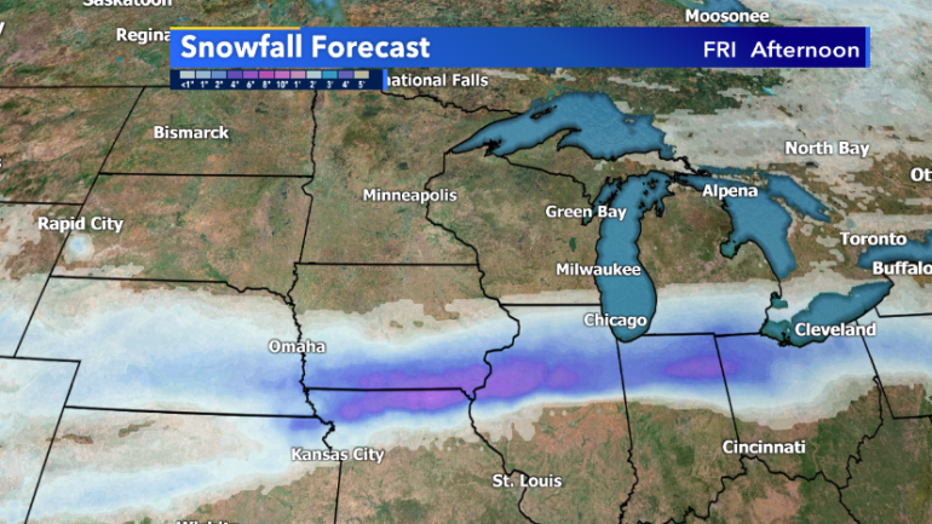 Although Wisconsin isn't expected to see a direct hit from the storm system, our viewing area could see a little snowfall, especially for locations closest to Illinois. This snowfall will mainly stick to grass, as roadways should remain above freezing, and the lack of heavy snow should keep roads free of accumulating snow. 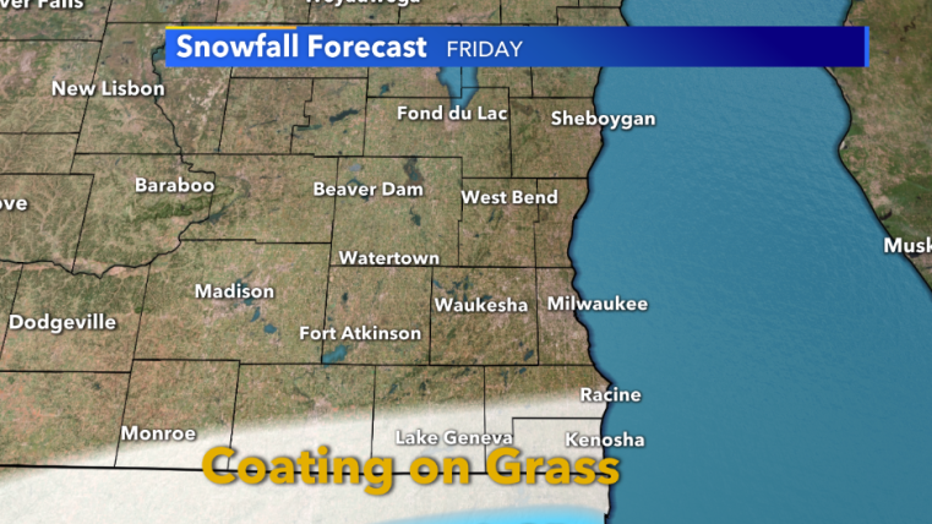 At this point in the forecast, the track of the storm remains through central Illinois as the storm tracks eastward. There is a small possibility of a shift in the storm's track, which could lead to snowfall as far north as Milwaukee. However, there is a much higher probability of the storm's track remaining well south of our area.

Stay tuned for the latest forecast and more updates on this winter storm impacting the Midwest!