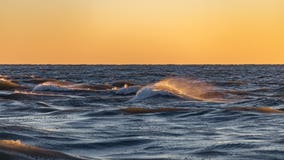 TRAVERSE CITY, Mich. — Lake Michigan is having a warm summer.The average surface water temperature was 75.3 degrees on July 9, setting a record for the month based on 26 years of record-keeping, government scientists said.The summer high is 75.6 degrees recorded in August 2016, according to the National Oceanic and Atmospheric Administration or NOAA.That mark likely will be broken this year, said scientist Andrea Vanderwoude of NOAA's Great Lakes Environmental Research Lab.“I’m loving this,” Whitney Miller, a swim instructor, told the Traverse City Record-Eagle. “Last year I was in a wetsuit up through the 15th of July. ... 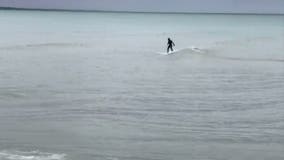 Tim Van Vooren with some viewer submissions of what they're doing with sports on hiatus. 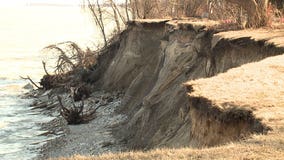 SOMERS -- Homeowners with properties threatened by lakeshore erosion don't have many options, and the options they do have aren't great, but a bipartisan bill proposed in Madison could provide some help. 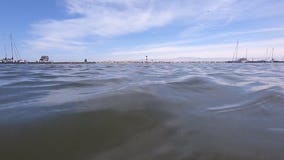 MILWAUKEE -- The U.S. Army Corps of Engineers announced on Thursday, Feb. 6 that January 2020 water levels were higher on all lakes than they were in January 2019 -- and are expected to continue that trend into the spring and summer.According to Corps records, lakes Michigan and Huron both set new record high January levels, previously set in 1987. 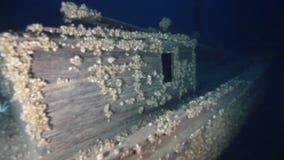 MANITOU ISLANDS, Mich. -- A team of shipwreck hunters that includes members from Milwaukee uncovered what appears to be one of the most intact wooden schooners ever discovered at the bottom of the Great Lakes. 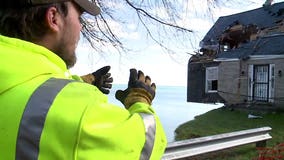 SOMERS --  Crews on Tuesday, Nov. 5 began the demolition process at a home dangling over the edge above Lake Michigan in the Village and Town of Somers -- working to beat Mother Nature to the punch, getting the demolition started with snow on the way. 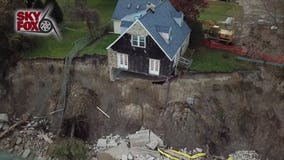 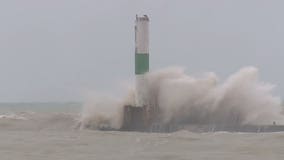 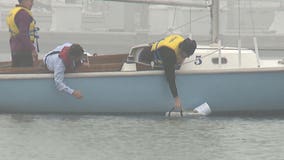 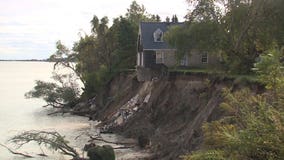 KENOSHA COUNTY -- More homes hang on the edge in Kenosha as erosion from the waves on Lake Michigan batters the shoreline. 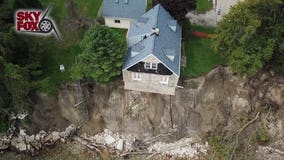 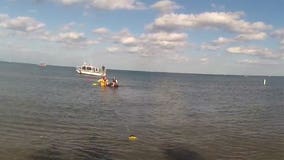 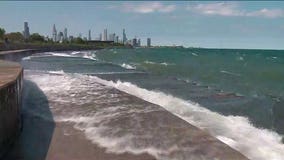 CHICAGO — A man died Thursday trying to save an 11-year-old girl who was swept into Lake Michigan while standing on a cement break wall, police said.The 35-year-old man jumped in and tried to reach the girl, but ended up sinking in the choppy, churning water. 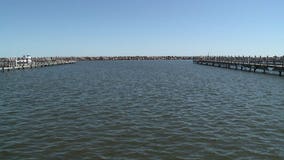 WAUKESHA -- The Wisconsin Department of Natural Resources on Tuesday, Aug. 20 let the public weigh in on a plan to pull drinking water from Lake Michigan.City leaders want to build a 10-mile pipeline to pull up to 8.2 million gallons per day from the lake. 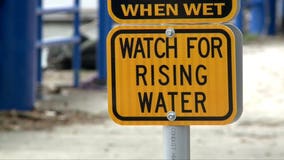 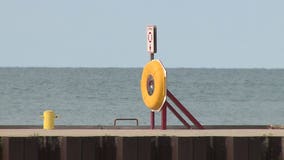 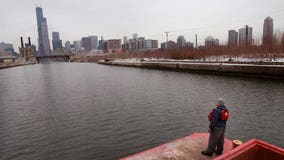 TRAVERSE CITY, Mich. — The governor of Illinois is authorizing steps toward the installation of technologies in a Chicago-area waterway to prevent Asian carp from reaching Lake Michigan.Democrat J.B. Pritzker told the U.S. Army Corps of Engineers he's willing to move ahead with preconstruction, engineering and design work for the project at the Brandon Road Lock and Dam on the Des Plaines River near Joliet, Illinois.The location is considered a crucial choke point where the invasive carp could be prevented from migrating upstream toward the lake.Illinois officials previously have agreed to work with the Army Corps and other Great Lakes states on the project while raising concerns about its cost and potential harm to commercial shipping.Pritzker said in a letter to the Corps Friday that he wants discussions about reducing the project's price tag, estimated at $778 million. 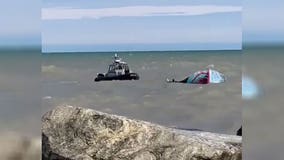 MILWAUKEE -- It was a dangerous rescue along Milwaukee's lakefront Thursday afternoon, April 19.A FOX6 viewer shared video showing Milwaukee police and the U.S. Coast Guard rescuing a kite surfer from the frigid water near the McKinley Marina.The water appeared to be pretty rough Thursday afternoon, with waves close to five feet.PHOTO GALLERYThe kite surfer was taken to the hospital. 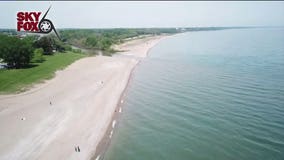 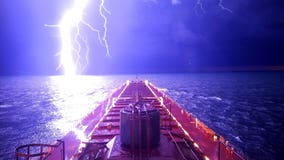