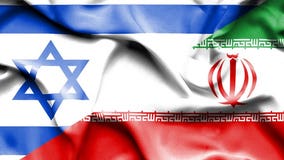 JERUSALEM — Israel said it successfully launched a new spy satellite into space on Monday as its leaders hinted it was behind a massive fire at an Iranian nuclear site last week — potentially ratcheting up a long-running covert war.If Israel was responsible for the fire at the heavily fortified Natanz facility, it would mark another in a series of daring strikes against Iran’s nuclear program attributed to Israel, while also risking Iranian retaliation on either Israeli or Western targets.Prime Minister Benjamin Netanyahu hailed the launch of the new Ofek 16 satellite, the latest addition to a fleet deployed over the past two decades.“The success of the Ofek 16 satellite very much increases our ability to act against Israel’s enemies, near and far alike," he told his Cabinet. “It greatly expands our ability to act on land, at sea, in the air and also in space.”Netanyahu did not mention Iran or last week’s fire. 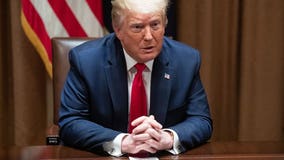 TEHRAN, Iran — Iran has issued an arrest warrant and asked Interpol for help in detaining President Donald Trump and dozens of others it believes carried out the U.S. drone strike that killed a top Iranian general in Baghdad, a local prosecutor reportedly said Monday.Interpol later said it wouldn't consider Iran's request, meaning President Trump faces no danger of arrest. 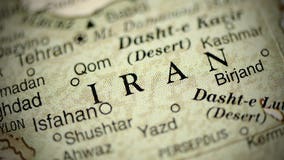 TEHRAN, Iran — A missile fired during an Iranian training exercise mistakenly struck a naval vessel instead of its intended target in waters near the strategic Strait of Hormuz, killing 19 sailors and wounding 15 others, Iranian authorities said Monday.The bungled training exercises took place on Sunday and raised new questions about the readiness of the Islamic Republic's armed forces amid heightened tensions with U.S., just months after they accidentally shot down a Ukrainian jetliner near Tehran, killing 176 passengers.It also comes soon after a tense naval encounter between Iranian and U.S. forces in the nearby Persian Gulf.President Donald Trump withdrew the U.S. from Tehran's nuclear deal with world powers two years ago, launching a maximum pressure campaign against Iran that has pushed the archrivals to the verge of conflict repeatedly.Analysts have warned regional tensions likely will increase again. 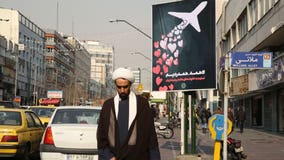 TEHRAN, Iran — Iran said Tuesday that authorities have made arrests for the accidental shootdown of a Ukrainian passenger plane, which killed all 176 people on board and set off protests in the country demanding accountability after officials initially concealed the cause of the crash.Iran's Judiciary spokesman Gholamhossein Esmaili said “some individuals" were arrested after “extensive investigations." His statement on the judiciary's website did not say how many people had been detained or name those arrested.Iran at first dismissed allegations that a missile had brought down the plane, but in the face of mounting evidence officials acknowledged on Saturday — three days after — that its Revolutionary Guard had shot down the plane by mistake as the force braced for a possible military confrontation with the United States. 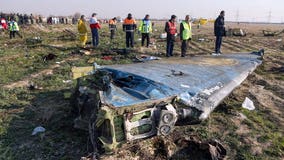 TEHRAN, Iran — Iran announced Saturday that its military ‘unintentionally’ shot down a Ukrainian jetliner, killing all 176 aboard.The statement came Saturday morning and blamed “human error” for the shootdown.The jetliner, a Boeing 737 operated by Ukrainian International Airlines, went down on the outskirts of Tehran during takeoff just hours after Iran launched a barrage of missiles at U.S. forces. 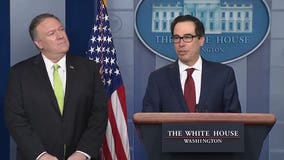 WASHINGTON — President Donald Trump ordered new retaliatory economic sanctions on Iran Friday, even as his administration faced persistent questions over its drone strike on an Iranian general that helped ignite the latest crisis with the Islamic Republic.President Trump issued an executive order adding additional U.S. sanctions to an already long list his administration has imposed, aiming to force Iran to accept a new agreement that would curb its nuclear program and halt support for militant groups throughout the Middle East.The president, in a statement announcing the new measures, referenced Iran's nuclear program and use of proxy forces throughout the region while noting that the Iranians have threatened U.S. service members, diplomats and civilians — an apparent reference to his administration's justification for killing Gen. 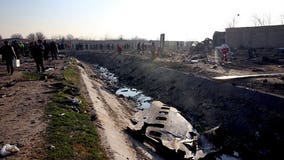 WASHINGTON  — U.S. officials said Thursday it was “highly likely” that an Iranian anti-aircraft missile downed a Ukrainian jetliner late Tuesday, killing all 176 people on board. 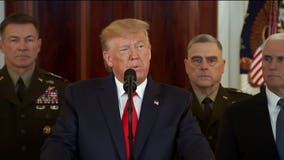 WASHINGTON —  The U.S. and Iran stepped back from the brink of possible war Wednesday, as President Donald Trump indicated he would not respond militarily after no one was harmed in Iran's missile strike on two Iraqi bases housing U.S. troops.Speaking from the White House, President Trump seemed intent on de-escalating the crisis, which reached a new height after he authorized the targeted killing last week of Gen. 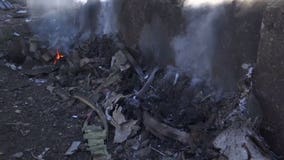 TEHRAN, Iran — A Ukrainian airliner carrying 176 people crashed on the outskirts of Tehran during a takeoff attempt Wednesday, Jan. 8, hours after Iran launched its missile attack on U.S. forces, scattering flaming debris and passengers' belongings across farmland and killing everyone on board.The Iranian military disputed any suggestion the plane had been hit by a missile, and Iranian aviation authorities said they suspected a mechanical problem brought down the 3½-year-old Boeing 737. 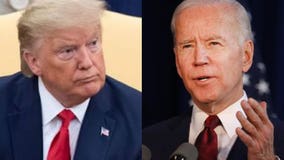 AIN ASSAD AIR BASE, Iraq -- Democratic presidential candidate Joe Biden said Tuesday, Jan. 7 that President Donald Trump’s escalation of tensions with Iran proves him to be “dangerously incompetent” and puts the U.S. on the brink of war.Speaking in New York, Biden said President Trump used a “haphazard” decision-making process to order the killing of Iranian Gen. 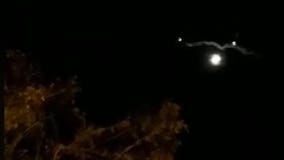 AIN ASSAD AIR BASE, Iraq -- Iran struck back at the United States early Wednesday, Jan. 8 for killing a top Revolutionary Guards commander, firing a series of ballistic missiles at two military bases in Iraq housing American troops in a major escalation between the two longtime foes.Iranian state TV said it was in revenge for the U.S. killing of Revolutionary Guard Gen. 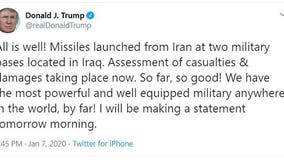 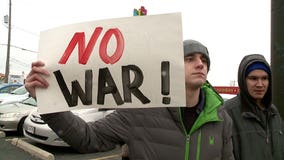 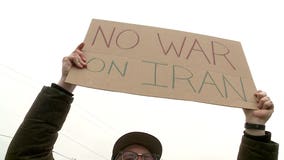 WASHINGTON — Demonstrators in dozens of cities around the U.S. gathered Saturday, Jan. 4 to protest President Donald Trump's administration's killing of an Iranian general and decision to send thousands of additional soldiers to the Middle East.More than 70 planned protests were organized by CODEPINK and Act Now to Stop War and End Racism, a U.S.-based anti-war coalition, along with other groups.From Tampa to Philadelphia and San Francisco to New York, protesters carried signs and chanted anti-war slogans. 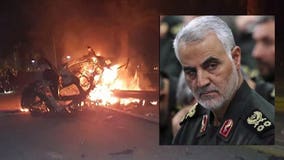 MILWAUKEE -- As tensions mount in the Middle East, the United States is preparing for Iran's next move. 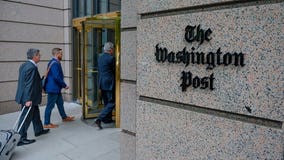 DUBAI, United Arab Emirates — A U.S. federal judge has awarded a Washington Post journalist and his family nearly $180 million in their lawsuit against Iran over his 544 days in captivity and torture while being held on internationally criticized espionage charges.The order in the case filed by Jason Rezaian came as Iranian officials appeared to begin restoring the internet after a weeklong shutdown amid a security crackdown on protesters angered by government-set gasoline prices sharply rising. 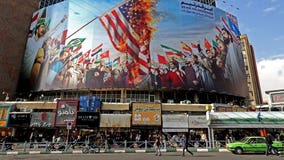 TEHRAN, Iran — Iran on Monday broke further away from its collapsing 2015 nuclear deal with world powers by doubling the number of advanced centrifuges it operates, linking the decision to U.S. President Donald Trump's withdrawal from the agreement over a year ago.The announcement — which also included Iran saying it now has a prototype centrifuge that works 50 times faster than those allowed under the deal — came as demonstrators across the country marked the 40th anniversary of the 1979 U.S. Embassy takeover that started a 444-day hostage crisis.By starting up these advanced centrifuges, Iran further cut into the one year that experts estimate Tehran would need to have enough material for building a nuclear weapon — if it chose to pursue one. 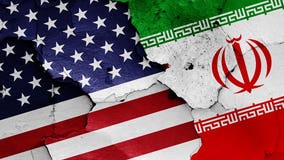 TEHRAN, Iran — Iran will "take a strong step" away from its 2015 nuclear deal with world powers if Europe cannot offer the country new terms by a deadline at the end of this week, a government spokesman said Monday as top Iranian diplomats traveled to France and Russia for last-minute talks.The comments from Ali Rabiei reinforced the deadline Iran had set for Friday for Europe to offer it a way to sell its crude oil on the global market. 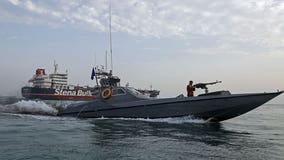 TEHRAN, Iran — In new video released Monday, an Iranian Revolutionary Guard officer is heard telling a British warship not to interfere or put their "life in danger" as the paramilitary force, using speedboats and a helicopter, seized a U.K.-flagged commercial vessel in the Strait of Hormuz earlier this month.The video includes a shot apparently filmed on the day of the July 19 incident from above the British warship Foxtrot 236 that was in the vicinity of the U.K.-flagged Stena Impero, showing the British navy unable to prevent Iran's seizure of the ship in the critical waterway. 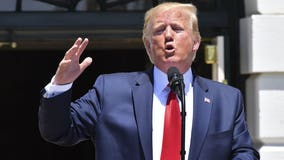 WASHINGTON — President Donald Trump said a U.S. warship destroyed an Iranian drone in the Strait of Hormuz amid heightened tensions between the two countries.President Trump said it was the latest "hostile" action by Iran. 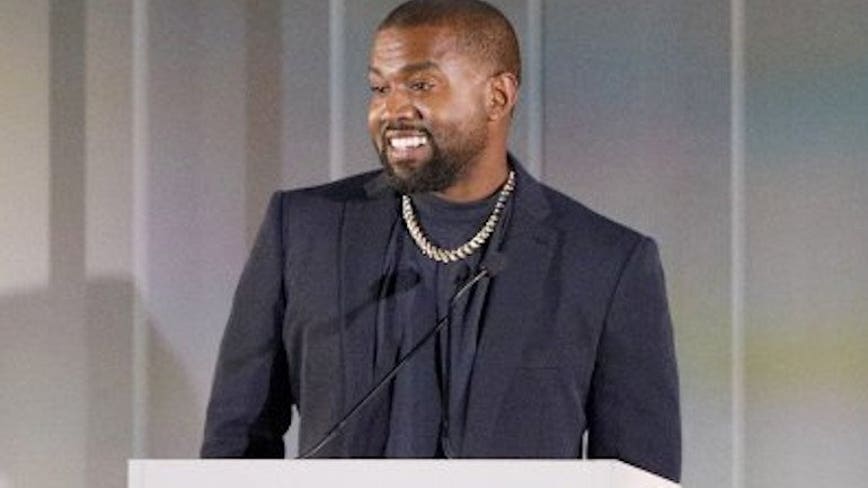 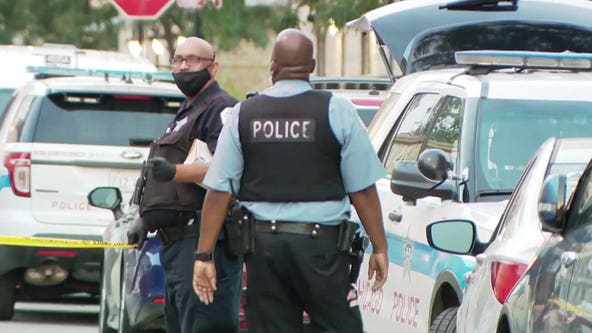 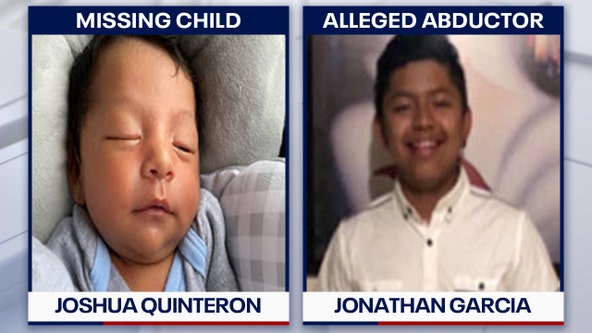 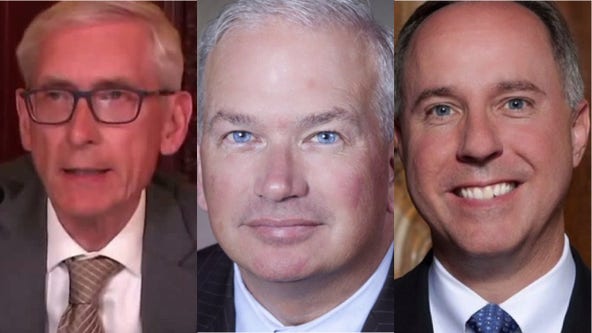