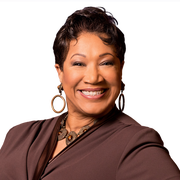 Co-hosting the smash-hit television chat fest REAL MILWAUKEE, is her favorite on the impressive list of accomplishments for Cassandra McShepard.

In 2012 she was honored by the United States Postal service with their “Women Putting Their Stamp on Metro Milwaukee” award, and in that same year she was nominated by The Shepherd Express in the categories of both Female Vocalist of The Year, and Jazz Artist of The Year.