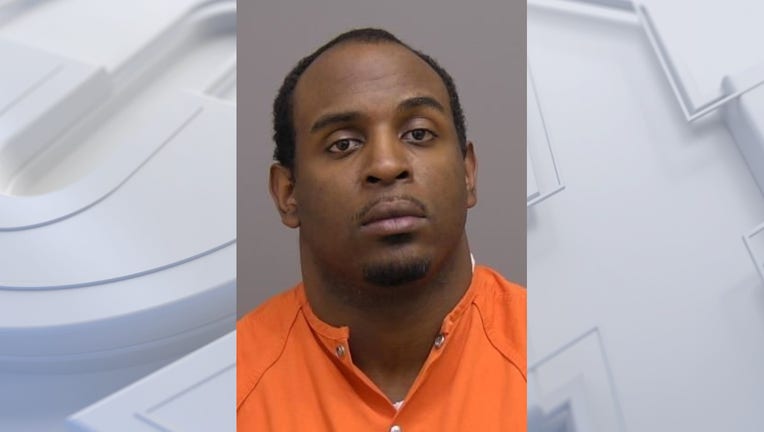 MANITOWOC, Wis. - A Milwaukee man was arrested Sunday, March 13 in Manitowoc County after leading sheriff's deputies on a pursuit. The total distance of this pursuit was approximately 4.4 miles and reached speeds of approximately 95 MPH.

According to the Manitowoc County Sheriff's Office, at approximately 4:25 a.m. on Sunday a deputy attempted to stop a 2020 Hyundai Elantra traveling at a high rate of speed southbound on I-43 near CTH JJ within the Township of Manitowoc Rapids.

The operator, later identified by the Manitowoc County Sheriff's Office as 23-year-old Joshua Lawrence from Milwaukee, refused to stop.

While exiting the interstate at USH 151, he collided with a curb which caused the front driver's side tire to deflate. He continued southbound on USH 151 with the disabled tire.

While attempting to turn southbound on Brunner Road, the vehicle proceeded over the curb and into the front yard of a residence near this intersection.

Lawrence fled on foot; however, was apprehended a short time later within the 9700 block of Old Highway 151. He was arrested for felony fleeing, possession of a controlled substance, and a probation hold. He was also issued citations for speeding, operating after revocation, and possession of drug paraphernalia.

On the same day Ye Olde Pharmacy in Cedarburg got the green light from the state to receive shipments of the COVID-19 vaccine, they were told there were no more doses to send. About six weeks later, those shots are on the way, but the pharmacy is facing another dilemma.

A plan designed to lower prescription drug costs in Wisconsin was scheduled for final legislative approval on Tuesday.