What’s got an amazing aroma, costs around 5 bucks, and is bound to make your life easier?

You may be thinking about a fancy cup of coffee, but we’re talking about an irresistible store- made rotisserie chicken! But as Consumer Reports explains, beneath that golden-brown skin could be sodium, and a lot of it. 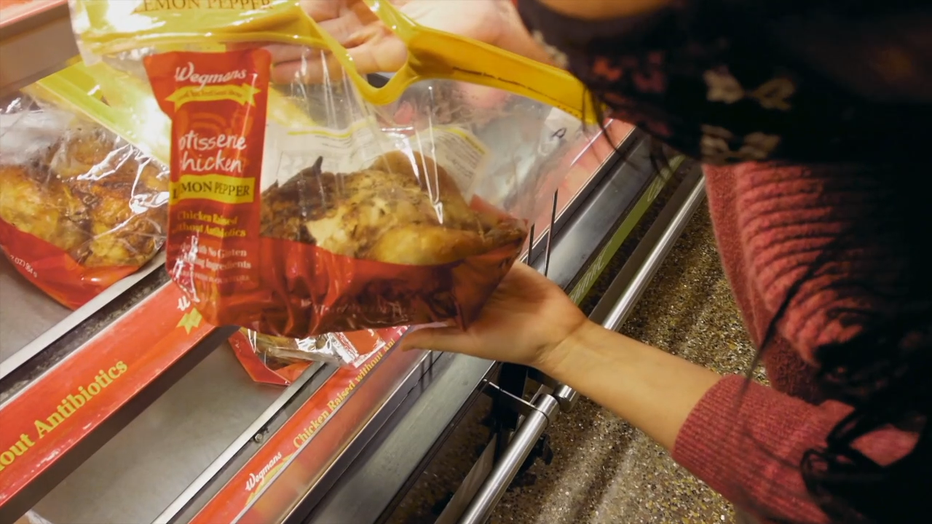 Rotisserie chickens from the grocery store are tasty, convenient, and inexpensive.

And chicken is a high-protein, low-saturated-fat meat.

But don’t assume all rotisserie birds are a good choice.

Consumer Reports nutritionists say you might be surprised at what goes into some rotisserie chickens.

To keep the birds moist and tasty, they are often injected with a solution that can include sugar, processed ingredients, and unfortunately, a lot of sodium. 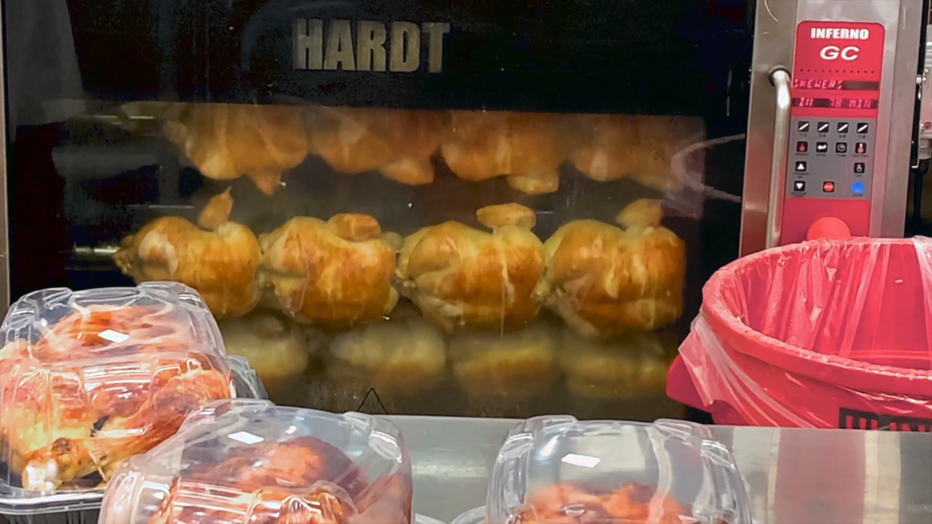 Here are some of the highest sodium levels Consumer Reports found.

At Sam’s Club, a 3-ounce serving of Member’s Mark Seasoned Rotisserie Chicken has 550 mg of sodium. 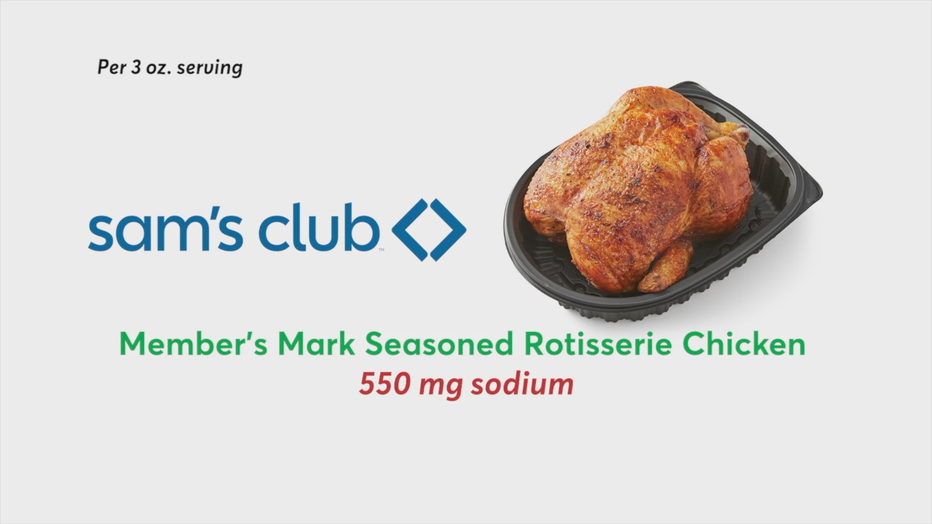 That’s about nine times more sodium than a chicken roasted without salt, and about a quarter of the maximum amount of sodium adults should have in a day.

A 3-ounce serving of Kirkland Signature Rotisserie Chicken has 460 mg of sodium. 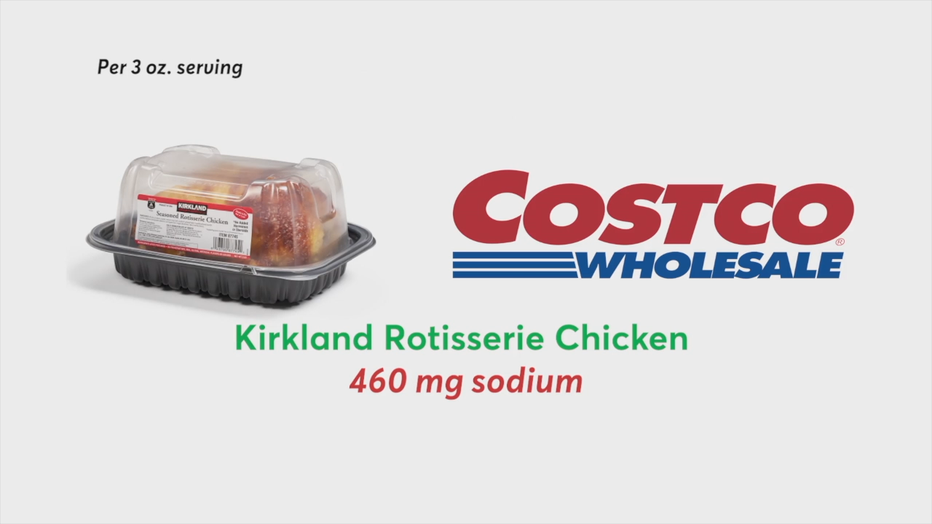 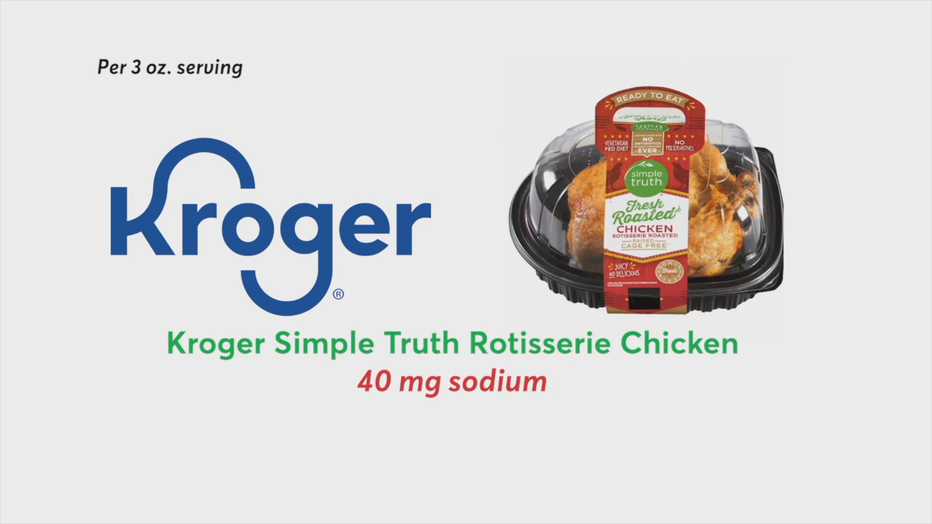 But it’s so easy to roast a chicken at home. CR recommends you don’t wash it, just season it. 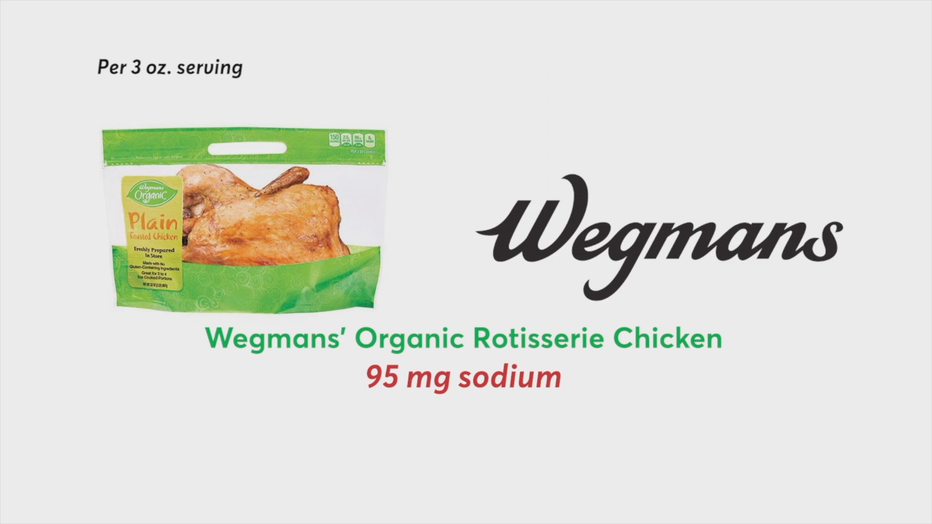 Then put it in a 350-degree oven until a meat thermometer reads 165 degrees. It’ll be delicious and have a lot less sodium.

Your chicken will last for up to four days in the fridge or four months in the freezer. 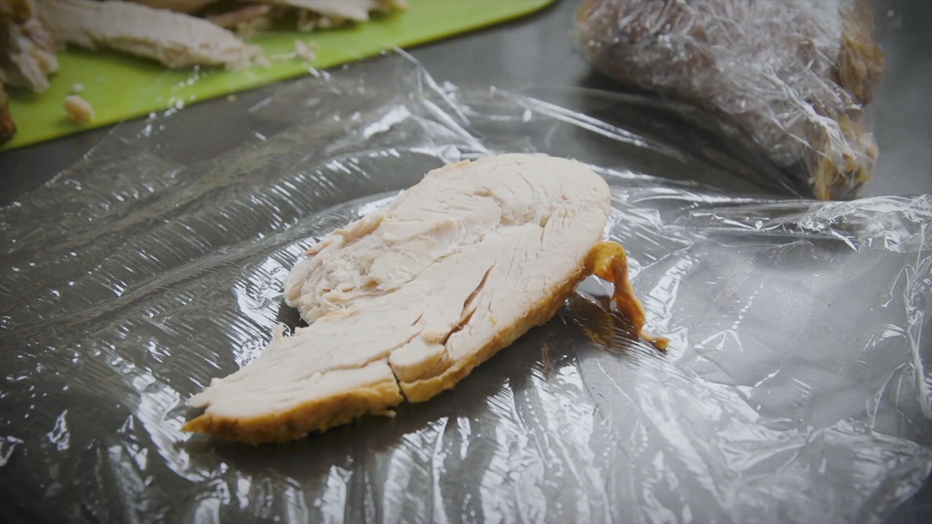 Cut it in pieces and wrap them tightly or store in a covered container.

CR says that the best time of day to grab a rotisserie chicken is between about 4 and 7 p.m.

Many supermarkets cook up a fresh batch every 2 to 4 hours.