Attorney Kristin Erickson talks about a family's battle to get a Naperville hospital to administer Ivermectin to their ailing grandfather.

NAPERVILLE, Ill. - An Illinois family whose loved one was "desperately ill" and hospitalized earlier this month with COVID-19 says he's now home and doing well after a judge had to order a Naperville hospital to treat him with Ivermectin.

On Nov. 8, the family won a legal battle to gain approval to administer the controversial drug to 71-year-old Sun Ng, who had been on a ventilator since October 19.

Sun Ng came to the Chicago area from Hong Kong to visit his daughter and her family. He contracted COVID and within days was on a ventilator at Edward Hospital in Naperville.

His daughter, Dr. Man Kwan Ng, was desperate. She wanted the hospital to try Ivermectin, but they refused based on various national medical guidelines, which suggest the drug is ineffective.

"Mr. Ng is as good as dead in the picture, which was taken on November 4. And at that point the hospital still wouldn't give the Ivermectin," said family attorney Kirstin Erickson.

There is another Ivermectin battle unfolding in the suburbs.

A DuPage County judge ruled in the family's favor ordering the hospital to allow Dr. Alan Bain to administer the drug. But the hospital initially refused because Dr. Bain is not vaccinated.

After further legal wrangling and the doctor presenting a negative COVID test, the treatment — a series of 15 daily shots — began in the evening of Nov. 8.

"And today he passed a breathing test that he hadn't been able to pass in the last three weeks. And he looked more alert and aware. So I would say that the first dose of Ivermectin is actually working and is effective," Erickson said.

Ivermectin was given to Sun Ng from Nov. 8 through Nov. 12, the family said. He was then released from the hospital on Nov. 27.

"My father’s recovery is amazing," Dr. Man Kwan Ng said in a statement. "My father is a tough man. He was working so hard to survive, and of course, with God’s holding hands. He weaned off oxygen about three days after moving out of the ICU. He started oral feeding before hospital discharge. He returned home without carrying a bottle of oxygen and a feeding tube installed to his stomach. He can now stand with a walker at the bedside and practice stepping. After being sedated for a month on a ventilator in ICU, his performance is beyond our expectations. Praise the Lord." 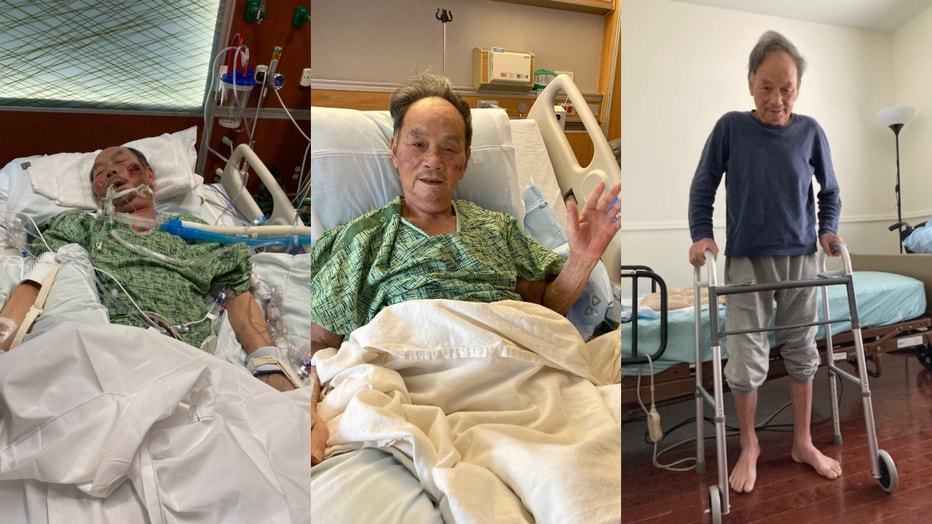 FOX 32 had reached out to the hospital before this latest update and they initially said they could not comment due to "patient privacy guidelines."