The Wisconsin Department of Transportation shared traffic camera video of a wreck involving cars and trucks on the northbound lanes of I-94/43 at the high rise bridge. It happened on Wednesday, July 6.

Officials with the Milwaukee County Sheriff's Office (MCSO) say the crash happened shortly before 2 p.m. The truck ended up straddling the median. One lane of the high rise bridge was closed in each direction while authorities cleared the wreck. 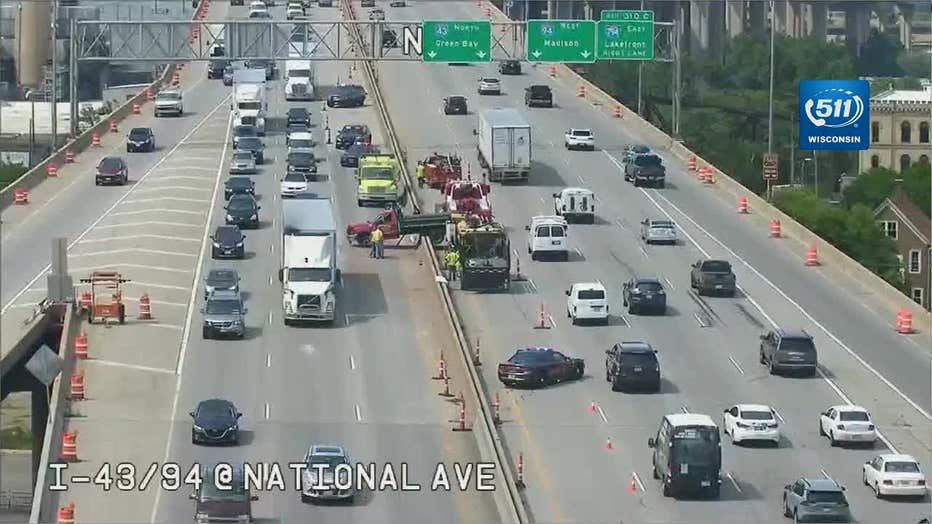 MCSO officials say the cause of the crash is under investigation.