Months after a Consumer Reports investigation prompted the recall of millions of popular infant inclined sleep products, new data shows potential dangers with other children’s sleep products as well. This time in-bed sleepers are at issue. At least a dozen infant deaths have been linked to them. Once again, Consumer Reports is sounding the alarm, alerting parents to the risks of in-bed sleepers.

Consumer Reports has found major safety issues with in-bed infant sleeper products like the Baby Delight Snuggle Nest Infant Sleeper, DockATot and SwaddleMe By Your Side Sleeper. In fact, the investigation found in-bed infant sleepers like these were linked to at least 12 infant deaths between 2012 and 2018. Yet unlike cribs, bassinets, play yards, and bedside sleepers, in-bed sleepers are not required to meet any federal safety standards related to infant sleep. 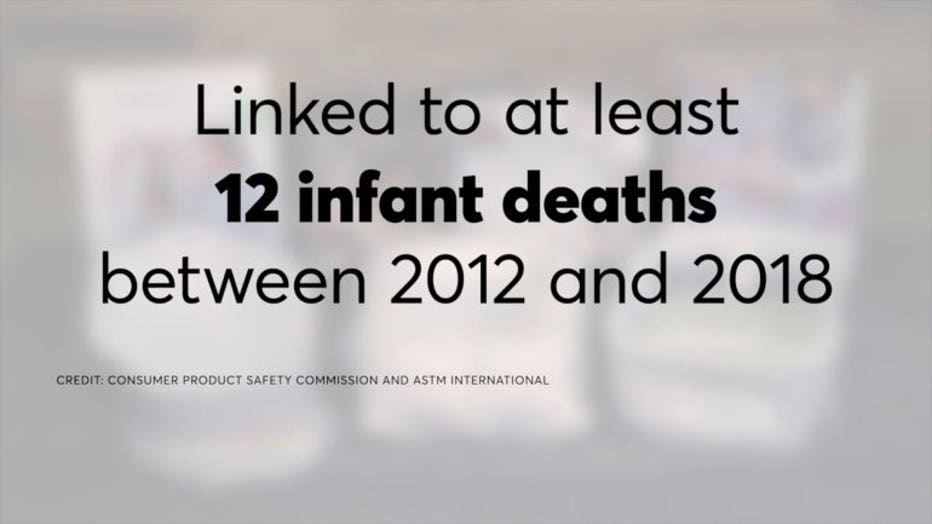 "All of these in-bed sleepers have potentially dangerous design elements, but most notably, the padding and the soft surfaces pose a suffocation risk if the babies roll into the soft fabric. And with any in-bed sleeper, there are variables we just can’t control. The adults could inadvertently roll over onto the product and the baby or even make the product unstable so that the baby rolls and turn into the soft bedding of the sleeper," said Rachel Rabkin Peachman, Consumer Reports Investigative Journalist.

Consumer Reports reached out to all three brands about the incidents. DockATot declined to comment. The makers of the SwaddleMe By Your Side Sleeper and the Snuggle Nest say their products are not responsible for any infant deaths, which they say were caused by other factors.

Still, Consumer Reports' safety experts believe that none of these products have been adequately safety-tested and none adhere to safe sleep recommendations from the American Academy of Pediatrics and other health organizations. 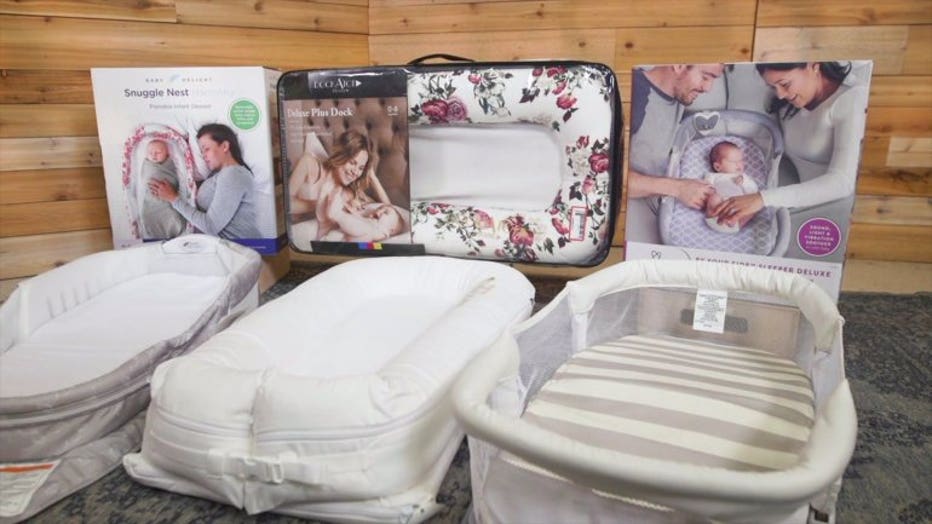 Consumer Reports urges parents to stop using inclined sleepers or any sleep products — including in-bed sleepers —that do not meet federal safety requirements related to infant sleep. Parents should always put their babies to sleep in a bassinet, crib, play yard, or bedside sleeper without any soft bedding or bumpers.

Another cause of concern, a study out this week in the journal Pediatrics found that only a third of mothers reported always putting their child to sleep in a product approved for infant sleep, like a crib, bassinet, or play yard. The study also found that most mothers said they put their baby to bed with blankets, crib bumpers, soft toys or pillows, which are frequently found in sleep-related infant death cases.

Our number one priority with all of our products is the health and safety of infants and parents. We have been made aware by the CPSC of the three incidents you reference in the CPSC report. Please see below answers to each of your questions.

As regards the 2 referenced IDI incident reports cited by you, the Company has not been contacted by the Medical Examiner, investigators or parents with any evidence to the contrary. These reports involve very different products and different unfortunate circumstances, related to dangerous sleep positioning and practices contrary to most recommendations for safe sleep positioning and bed sharing practices. Unfortunately negligent caregiving likely caused or significantly contributed to the cited fatalities.

As regards IDI 171227HCC2218, involving the alleged 2017 incident, The Medical Examiner’s reenactment indicates that on the night of the incident the infant was placed face down in the pink fabric bassinet which was in the center of an unspecified mahogany wood crib, with a pink blanket. (Both are contrary to AAP and CPSC recommended sleep positioning and blanket capable of covering the face.) The child was found the next morning unresponsive. The child was face down partially covered up to the shoulders with a matching pink blanket which was also by the face of the victim. The victim was on her stomach with her head and nose/mouth turned to her left side with evidence of the vomitus as determined by the medical examiner. Vomitus with the face Down and covered positioning likely contributed to the SIDS event.

The sleep product itself was not determined to be the cause of the fatality. It would be false and misleading to suggest otherwise.

As regards IDI 170327CCC3656 the consumer refused to be identified. The report noted that swaddled twin boys were placed together in a product intended for single use; the product was placed in a sagging mattress with a queen comforter, that the mother was positioned against the child creating positional asphyxia. The investigating police official revealed that the victim’s mother had her two twins sleeping in the infant bed together and opined that the brother of the victim somehow pushed against him and caused the victim to have his face pushed against the side wall of the infant bed and up against the mother as she laid alongside. He also indicated when the mother demonstrated this, it caused a sag in the adult size mattress which also resulted in the infant bed tipping towards the mother with the child wedged between his mother and brother. The investigating police official also opined the infant bed would not tip in this manner if the product was placed on a hard flat surface. In this regard the product itself did not cause the fatality, which resulted from misuse and a combination of inappropriate sleep practice and misuse. It would be false and misleading under the circumstances to claim otherwise.

3. The product has been in the market since 2002. We MEET the requirements of ASTM F2194-16e1, “Standard Consumer Safety Specification for Bassinets and Cradles” excluding the height of the walls. We do our third party testing at Bureau Veritas.

4. As regards to the AAP website reference, their Server was down and the referenced link did not work. It should be further noted that the cited products are not inclined sleep products. Incident rates are lower with these products in use compared to incidents of suffocation due to bed-sharing with adults with attendant pillows and comforters in use with statistically significantly higher fatality rates.

5. As regards CPSC’s briefing package released this week, note that In CPSC’s view all products intended for sleep other than products currently covered by bassinets/cradles, cribs (full-size and non-full size), play yards, bedside sleepers, and inclined sleep products, all durable infant or toddler product under section 104(f) of the CPSIA, would be potentially subject to:


With regard to the last issue it would be up to manufacturers working via ASTM to make coverage decisions for subsets of products.

SUMR Brands (Makers of SwaddleMe By Your Side Sleeper) Full Statement:

What research did you conduct to validate the safety of your sleepers, including third-party independent testing? Did you consult with the AAP? Summer Infant follows industry protocols for all product testing. It is not common for juvenile products companies to consult with the American Academy of Pediatrics when
developing products.

What is your response to the safety concerns raised by the AAP? For instance, the AAP guidelines state that babies should be laid on a firm, flat surface free of soft materials. The Summer Infant By Your Side Sleeper has a firm, flat mattress which is free of loose soft materials. The front page of its instruction booklet warns that soft bedding, pillows, comforters and padding pose a suffocation hazard and should not be used with the product.

How will the CPSC’s proposed rule for infant sleepers – out yesterday – impact your products?

Summer Infant is vigilant about meeting safety standards as new rules are adopted. If any changes are made to existing standards, the company will review its products and make any necessary changes to make sure they comply.