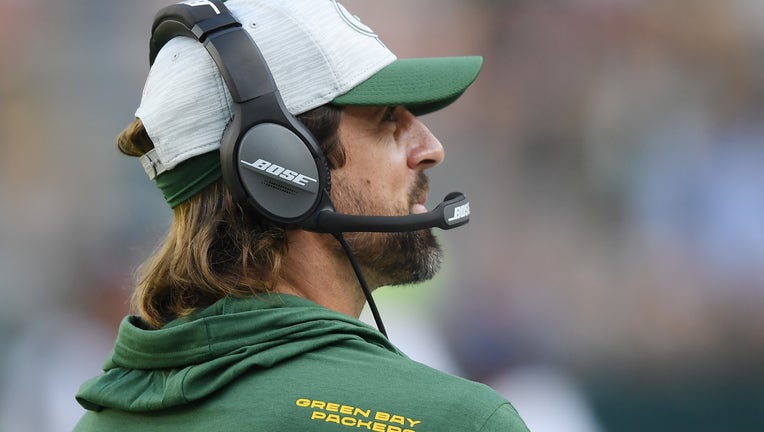 GREEN BAY, Wis. - It’s been several weeks since we’ve heard any controversial news about Aaron Rodgers and the Packers after a nightmarish start to the offseason. Not since his airing of grievances. Or since he snapped at a center for not delivering the ball.

Now back in practice and re-establishing chemistry with teammates, Rodgers is keeping his focus on the football field and staying out of extracurricular topics like vaccination status.

Rodgers spoke to the media on Thursday following practice.

"Yeah, I’ve been immunized," confirmed Rodgers. He then spoke about the rest of the Packers roster, a patient bunch during Rodgers’ hiatus in Hawaii. "There’s guys on the team that haven’t been vaccinated. I think it’s a personal decision. I’m not going to judge those guys."

Now, you could not find a more liberal quarterback in the NFL than Rodgers — not that his unspoken politics matter. But for a guy who’s more Colin Kaepernick than Kirk Cousins off the field, Rodgers exercised leadership and reason instead of putting his personal beliefs before football and his teammates.

The flash of common sense, infrequently heard in the NFL, was his Rodgers’ second highlight of the day.

His first came on a viral video shared from practice when Rodgers, once again, easily hit a target from 40 yards.

Heading into his finale as quarterback for the Green Bay Packers, Aaron Rodgers is expected to make a final run in Wisconsin that the Cheeseheads will remember.

Rodgers said on the season ahead, "I think we’re all going to try and enjoy this one a little more."